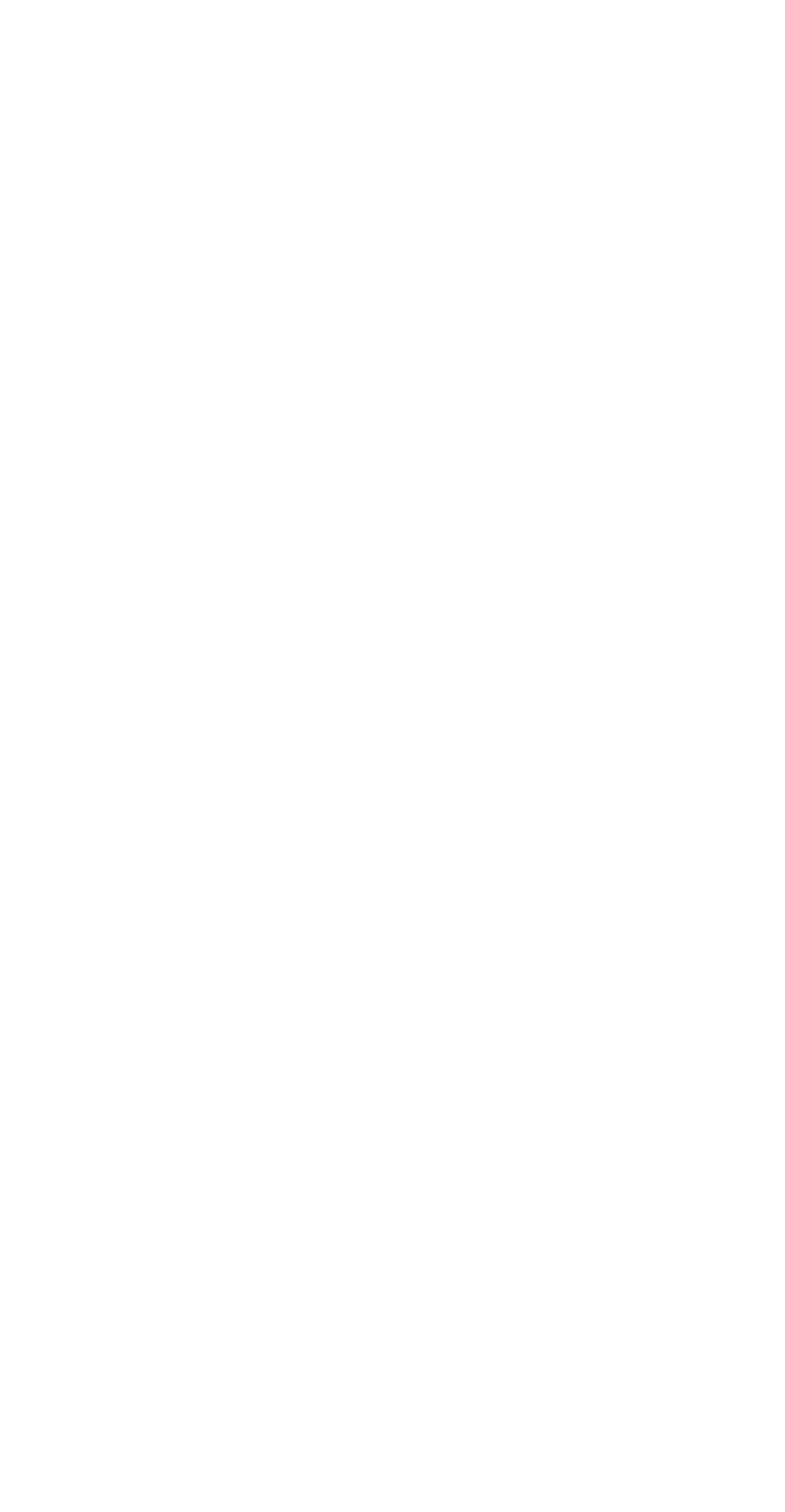 Dungeons & Dragons/ Game Master Tips/ Player tips/ Ravenloft/ Roleplaying
Observe, Report and Smite with Oath of the Watchers from Tasha's Cauldron of Everything
Play Your Next 5E D&D Game as an Adopted Trash Panda

Van Richten’s Guide to Ravenloft for fifth edition Dungeons & Dragons looks to be one of the best D&D books to date. With its horror elements steeped in a dark fantasy setting — the Domains of Dread — this book fills a whole new genre of fantasy for your 5E D&D group.

Thrills and chills of horror in 5E D&D

Dark fantasy enjoyed a surge of popularity recently. From video games like The Witcher and the whispered Dragon Age 4 to shows like Netflix’s Castlevania or DOTA Dragon’s Blood, dark fantasy has become a favorite fantasy genre of horror for many 5E D&D fans, even those normally averse to horror because playing horror in D&D can be a wholly different experience.

Third party materials have also caught the dark fantasy itch with things like Grim Hollow and A Dead Man’s Guide to Dragongrin. While some like the former favor a more noble dark setting some opt for a more grimdark tone such as the latter. Wherever you fall in your spectrum of preference dark fantasy allows for exploration of consequences and some good old fashioned horror to seep into your 5E D&D games.

Van Richten’s Guide to Ravenloft transports you into a classic horror setting inspired by the works of authors like Braham Stoker, Edgar Allen Poe and more. Such a dark and thrilling setting can be intimidating for players or Dungeon Masters to run. So strap yourself into the electric chair because we’ll prepare you for Ravenloft and running a horror or dark fantasy game for your 5E D&D group. What we say might shock you!

Making a character for Ravenloft

When making a character for a dark fantasy setting like Ravenloft remember the setting’s flavor is your friend. Part of what makes a dark fantasy or horror game really stand out is the atmosphere. Sometimes horror takes place in a very pleasant sort of venue, in which case the horror is frequently contrasted with the impending terrors or else it is a core part of the setting in a Stepford Wives sort of way. This is not Ravenloft.

Ravenloft is a domain of mists and magic where your next door neighbor is just as likely to be a monster as you. In Ravenloft classic horror tropes like starless nights and dim candlelight are the flavor of the day. Many of the Domains of Dread take inspiration from classic horror novels like Dracula, Frankenstein’s Monster, Dr. Jekyll & Mr. Hyde and many more. Even some Lovecraftian vibes would be incorporated into this setting. These novels lean heavily into the fear of the unknown and the horror of encountering monsters. As such, Ravenloft is a setting where monsters are very real and many people have encountered them in their pasts.

When building your 5E D&D character for Ravenloft ask yourself what sort of monsters your character might encounter or might have had run-ins with in the past. Did this encounter shape who they are in some meaningful way? People respond very differently to fear, trauma and danger. Is your character the sort to cower and hide, stand and fight or would they freeze altogether? Asking these questions about your character early on can inform how to play your character when they inevitably encounter something truly ghastly.

Maybe your character previously had one of these responses but it resulted in tragedy or a regret. This could drive your character to determine to avoid the response in the future. In Ravenloft the notion of Gothic Lineages allow players to incorporate the supernatural into their past, becoming the very monsters stalking the night. Such a character might embrace their savage nature or try to turn it against the darker evils of the world. Alternatively a character with a Gothic Lineage might fear themselves and their powers. The worst unknown they fear is the fear of their own potential.

With many classic Halloween monsters calling Ravenloft their home making a character who’s encountered one of these could be another fascinating element if the encounter was not hostile. Perhaps your character made a deal with a hag and now they’ve lost their memories from before a certain time. Maybe your character’s lover turned into a werewolf and now your character is determined to save them. Maybe your character serves a dark, eldritch power covetous of influence on the realm in new and terrible ways as you spread their corruption through the lands. Ravenloft holds so many possibilities for characters to make flavorful backgrounds and aspirations alike.

Horror has a distinct rhythm that can be broken down into three core beats — setup, tension and release. These three horror elements repeat in a cycle until the conclusion. Before you dive headlong into a horror game you need a bit of setup. Every good horror movie does this.

Begin by setting up the characters, setting and mood. What does normal look like for the characters? All people need to find comfort and respite somewhere, even in the darkest times. How do people cope on the daily and live in this world? How to people relax? Once you’ve established what normal looks like it’s time to disrupt it. Beginning by seeding something wrong or out of place is a good first step.

Mysteries and crimes make lovely backdrops for this though something as simple as an item or person being where it wasn’t expected is another easy way to build tension. When building tension think of it as the niggling thread on your favorite sweater. When the players pull on the thread or try to deal with it then things begin unraveling more and more. When they try to fix it don’t let the solution work — at least not fully, not yet. Continue building tension into dread and fear. This is the crux of horror.

Be careful because this is the stage at which it can be easy to jump the shark or increase the stakes too much. If you do this the horror feels cheesy, disingenuous or not truly something to be feared. Much like a balloon don’t fill it up too much or it will leak or even pop. The release comes with a climax as a sudden, jarring conflict. In horror movies this is the jump scare, the sighting of the monster or the first kill. In a 5E D&D game this might be your first battle or direct encounter. As soon as you reach the release then jump into establishing the new normal. Chances are the new normal is higher tension, possibly tragic or even a bit maddening. Continue the cycle until you reach the story’s end point.

Old shows like Goosebumps are a prime example of the versatility of the horror ending. You can really end a horror story on any of the three beats you like and each accomplishes something different. Ending on the setup beat is a happy ending for a horror story. In this ending the players find a new sense of normalcy and everyone adjusts to the new status quo, whatever that looks like. If you end on a tension beat this is when the horror genre leaves you with a sensation this will happen again. In old timey movies this was expressed by a question mark after The End title card. In more modern takes this is when we see the monster remains alive in some state or the monster has spawned a child/copy/whatever.

Spoilers for Stranger Things season one: Stranger Things does a marvelous job of this by seeding how Will has been permanently changed by his time in the Upside Down when he coughs up a slug, showing us how the monster has also spawned inside him as some sort of parasite.

Ending on the release beat means we end just after a conflict, usually a grand battle or fight. In this scenario the characters either win or lose but the fight has resulted in one side winning over the other. One of the beautiful things about Curse of Strahd and other D&D adventures in Ravenloft is you can end on any of these notes and you can even run through the same adventure with multiple paths and multiple different outcomes, adding tons of replay value to them.

At the end of the day I’m just so excited for the released of Van Richten’s Guide to Ravenloft and I’ve already dived into my own copy on D&D Beyond.

What do you think of Van Richten’s Guide to Ravenloft?

Do you like dark fantasy and horror in 5E D&D? What are most excited for from Van Richten’s Guide to Ravenloft? Share your thoughts in the comments below, on our Facebook page or tweet us @Nerdarchy. If you just can’t wait to sink your teeth into some dark fantasy or horror themes for your 5E D&D group then you might like the Dark Paths series and in our digital products store. When you sign up for Nerdarchy the Newsletter in additional to weekly news, views and homebrews delivered right to your inbox you’ll receive a free gift along with $9.99 in store credit for these titles or whatever you want!

*Featured image — Ez D’Avenir braves the mists, her path haunted by past and future terrors in Van Richten’s Guide to Ravenloft. [Image courtesy Wizards of the Coast]