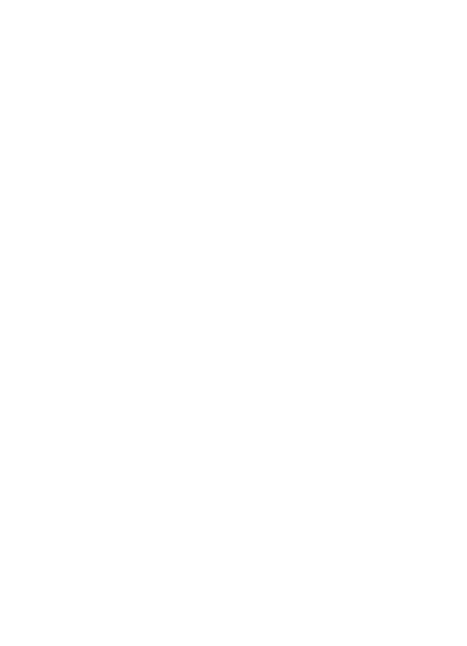 I know what you’re thinking: “Did Nerdarchy cover five Unearthed Arcana or only four?” Well, to tell you the truth, in all this excitement, I’ve kinda lost track myself. But Nerdarchists Dave and Ted discuss Unearthed Arcana — Fighter, Ranger, Rogue in today’s video, and we all speculated about what it could have been last week, so it’s only fair to share the space here on the website to take a look at Rune Knight fighters, Swarmkeeper rangers and Revived rogues.

The D&D design team presents some fascinating stuff in Unearthed Arcana playtest material. When I read over and play any of the new character options, I’m not considering them so much for mechanical (i.e. combat) balance, so spoilers: no deep dive into the math or combat implications. I like to wonder what sort of person these characters are to find themselves on this path to adventure. If I’m honest, combat abilities of a new D&D subclass don’t really interest me as much as what they offer for exploration, how they support teammates and what sort of intriguing roleplaying opportunities they offer.

Delving into giant lore starts the Rune Knight fighter off with colossal opportunities for storytelling. This Martial Archetype essentially incorporates a new kind of magic. What I dig more than anything about this subclass is it cleaves to my view of fighters as characters who are going to be awesome at fighting as a baseline. I’m seeing noncombat features for the Rune Knight, with new ways to interact with allies and engage with the game setting. This really pumps me up. These fighters tap into ancient magic unique to their subclass to enhance their martial prowess, protect adventuring companions and tie them into a larger tapestry of a campaign setting.

Gaining smith’s tools and the Giant language says a lot about the Rune Knight fighter. The road they travel is one of internal and external discovery. Their growth in power comes through deeper understanding of giant culture and the relationship between ancient magic symbols and their effect on external artifacts. A character like this might be intensely curious about symbology and find a lot of common ground with other studious characters. In the video, Ted mentioned how the Rune Options would be fun to apply to new magic items, but I’m thinking the other direction. If a player created a Rune Knight fighter for my campaign it would be a lot of fun to reward their character’s curiosity with new Rune Options for them to discover.

I also like the opportunity for player agency. My worldbuilding method involves characters and the adventures they embark on, and I often throw the ball to the players to contribute to the history and culture of the setting. A Rune Knight fighter is a terrific chance to develop lore about giants in the world. What giant culture, history and tradition means to this character helps enrich the setting and I’d love to see what a player thinks about these runes, what it looks like when they activate, how the character discovered them and so on.

Dave beat me to the punch on this one. I can’t get the memory of Swarm from Spider-Man and His Amazing Friends out of my head. (I rewatched it, for research of course.) For this reason primarily, I don’t like the name Swarmkeeper. This aside, a Swarmkeeper ranger adds a unique element to the class and brings a lot to the table. Like the Rune Knight fighter, this subclass incorporates a new kind of magic, and gives rangers a compelling reason to focus on their Wisdom and spellcasting. These rangers have new ways to interact with and explore their surroundings, plus some nifty combat features. The concept of turning spell slots into more uses of their class features is really neat, but I’m imagining a magical scout and support sort of character with this subclass so I think spell slots might be at a premium.

The subclass description suggests a potentially creepy element to the Swarmkeeper, living in disturbingly close with their swarm in isolation. But when I see “fey spirits” I can’t help imagine little glowing critters swarming around and that doesn’t sound discomforting to me at all.

Any time a subclass ties a character to something supernatural, there’s an extra dimension — literally — for storytelling. Don’t get me wrong, a character devoid of magic in every way has just as much potential for satisfying roleplaying. I just happen to enjoy magic and supernatural parts of fantasy and a Swarmkeeper is a doorway to more of this sort of stuff. It’s one thing if the swarm were mundane, like Dave advocates in the video. It’s another thing entirely for a ranger to attract and control a swarm of fey spirits. Where they acquired such knowledge and powers opens up a lot of pathways to stories and adventure hooks.

Another similarity with the Rune Knight is the space for player agency. I absolutely want to know what a Swarmkeeper ranger’s swarm looks like. Does it change when agitated? What’s the swarm’s behavior when its idle or dormant? How do NPCs react to such an unusual person? What’s the ranger’s relationship with their swarm like? Anytime I can engage a player through the mechanical choices they make for a character, I’ll take it. It’s a way to give players who find fun in the crunchier side of games a chance to maybe think about their choices in a different way. Players seem to enjoy and appreciate these moments, even if they’re really brief.

As a side note, a Swarmkeeper ranger in the adventuring party could be a great character hook to incorporate into one of the Out of the Box Encounters here on the website. In The Broker, adventurers match wits against a criminal mastermind with a distinctly swarmlike presence.

I straight up didn’t like The Revived rogue at all at first. It felt too much like the revenant at first glance and I bounced off the idea a skill expert shooting out bolts of necrotic energy all of a sudden. (I still don’t like that feature, more below.)

After watching the video, and then seeing an avenue to representing a concept I’ve had on the burner for quite a while, I’m convinced. Ted’s excitement is compelling and infections. And much like how my idea for creating Final Fantasy blue magic started with sorcerer and ended with barbarian I see the way to capture the idea from the Necroscrope book series with a rogue instead of a wizard.

If you’re not familiar, the term necroscope, as defined in the series, describes someone who can communicate with the dead as equals. The dead learn to communicate among themselves and offer him their knowledge. For example, a deceased math teacher helps the protagonist with his developing mathematics talent and an ex-army sergeant teacher imparts self-defense skills. Sounds like The Revived rogue lines up perfectly with this concept.

I suppose in a manner of speaking rogues, and fighters (and barbarians), can represent a sort of everyperson. Those base classes have no magical abilties or spellcasting. Before a rogue chooses their Roguish Archetype at 3rd level, they are highly skilled, know how to hit where it hurts, they’re quick and streetwise. Anybody could boast these claims, and rogues don’t assume formal training or tapping into a deep well of primal fury. It’s entirely within reason their adventuresome life could divert down this strange path and they’d remain the same kind of highly skilled and cunning character in essence. The Revived rogue does make multiclassing a little prickly in terms of storytelling. A character who changes course to a rogue probably has a reason to do so, one which wouldn’t make any sense if they suddenly realized they’d died at some point in their past.

Like Rune Knight there’s an intriguing design space with The Revived rogue in the Revived Capabilities table. As a DM I would be delighted to incorporate more options for this table as rewards for the rogue player. Through roleplaying and overcoming challenges using their class features, it would be really neat to add unique capabilities tailored to the character. For example, they might Connect with the Dead to a really interesting and unique creature, one with a need of their own. If the Revived rogue completes a special quest for the dead, a new Revived Capability is added to the table like maybe a cantrip, or a Portent or Lucky like feature.

Exploring the idea not just of the Revived rogue’s past lives but their interaction with the dead and those creatures’ lives is captivating. I experienced a complete reversal on this subclass and I think I’d prefer to DM a campaign with one in the party even more than play one myself. If I did play a Revived rogue though, I’d 100% work with the DM to come up with something better than Bolts from the Grave. Stealing a 3rd level feature from another Roguish Archetype would be the easiest way, if not the most elegant or thematic. Although it kind of lends itself to the idea your rogue intended to follow a different path. And you could always flavor it to fit; Rakish Audacity could be the whispers of the dead all around guiding the rogue in combat.

But what do you think? Which Unearthed Arcana subclass do you like the most? I’m a sucker for new content anywhere I find it and I’d love to either play or DM a game with a Rune Knight fighter, Swarmkeeper ranger or Revived rogue.