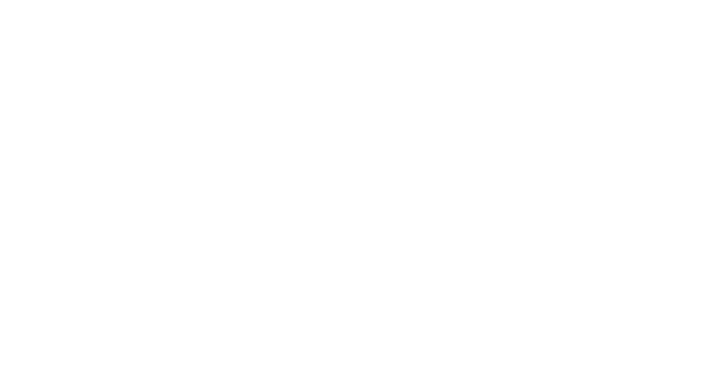 Over at Nerdarchy the YouTube channel Nerdarchists Dave and Ted bring some ideas from a galaxy far, far away to the fifth edition Dungeons & Dragons table. They take inspiration from a mechanic from Fantasy Flight Games Star Wars Roleplaying and talk about how they’d implement a similar device in 5E D&D. In Star Wars RPG part of a character is your Morality, Duty or Obligation. These narrative mechanics are tied to Force and Destiny, Age of Rebellion and Edge of the Empire respectively. If I’m honest I’m not very familiar with FFG’s Star Wars RPG so when we were planning the video I wasn’t much help. But now that I’ve heard what Dave and Ted have to say, I’m certainly intrigued to explore this idea more and think about how Morality, Duty and Obligation can be a terrific tool for 5E D&D Dungeon Masters and players alike.

Since Morality, Duty and Obligation are tied to specific character archetypes in Star Wars RPG, it seems like tacking them onto each character class in 5E D&D is a good place to start. Morality represents a character’s place on good vs. evil scale of Force and Destiny, cosmically speaking. There’s good and bad and everything in between in the Star Wars galaxy for certain, but when it comes to Jedi and Sith they operate on a different level. Duty stems from a character’s connection to the Rebel Alliance. Everyone has personal goals and motivations but rebels take on a tremendous responsibility. Obligation carries a negative connotation, putting characters navigating the Edge of the Empire in danger because of past missteps. To get past an obligation might require getting pulled deeper into a morass.

I can already see running into problems. This is like an alignment chart showing fictional characters as representatives of each one — it’s very subjective. Instead, I’d make this mechanic part of choosing a background during character creation. This extra layer of character development could become part of the character’s background choice, lining up with race, class and other choices to delve even deeper into a particular theme. Or it could be independent, representing another facet of the character’s life prior to adventuring.

In some ways this works similar to a flaws system. Players can choose this optional feature, which gives them access to some benefit but with a drawback. I like the idea of using Hero Points described in the 5E D&D Dungeon Master’s Guide, so if a player opts for access to them it comes with a cost. Characters with a Morality score choose to tie their destiny to the balance of the multiverse. Stray too far (in either direction?) and you might be blessed or cursed or maybe a little from column A and a little from column B. These characters will face difficult choices in their adventuring careers.

Characters with a duty may not be hounded night and day to accomplish special missions, and I rather like the idea of letting this one lay dormant for a while. But one day this character’s duty comes calling unexpectedly and now you can sit back as a DM and watch how the party reacts. This reminds me of Fifth Element when the military shows up to tell Korben Dallas he’s been selected for a mission of the utmost importance — save the world. Whatever special training or perks the character received in their past was provided for a reason, and now it’s time to prove you were worth the investment.

As for characters with an Obligation I think Dave and Ted nailed it with the idea your character has a price on their head and a bounty hunter comes looking to collect at the most inopportune time. At least, that’s a really appealing scenario for a DM. But an obligation could mean a huge number of different things. Maybe a benefactor paid for training so the character could get proficiency in an extra skill or language, and when they’re in trouble you’re obliged to help. Or it could be more nefarious, like in The Departed where Jack Nicholson’s crime boss character manipulates a young boy into a life path leading to a prominent position in law enforcement so he has a man on the inside. Imagine an NPC the player knows only as a friendly mentor turning out to be a villainous creep — one they’re obliged to help!

If I developed these concepts more concretely for my own games I would start with Hero Points for a base. Characters with one of these optional features can give themselves a bonus to attack rolls and saving throws, including death saves. Expanding on Hero Points I’d use something like our alternate Hit Dice features in From Hit Dice to Heroics. These are class specific options designed so you can do the cool thing your class is good at even better or more often. It might even be valuable to work with individual players and come up with some neat things their character can do.

What’s in it for the Dungeon Master?

Creating unique new options for characters tied to Morality, Duty and Obligation works great for players but a DM stands to gain quite a lot too. For starters these are tremendously useful session tools. Basically at any time a character can be called to fulfill their end of the bargain. I imagine especially for groups with inconsistent players this would be really useful. If Nate can’t make the next game session but Michelle and Aram plan to be there, you can pause the main adventure for a side quest inspired by one of the players present.

Because Morality, Duty and Obligation are so broad in scope an entire campaign might consist of nothing but quests related to these character aspects. DM prep for this sort of campaign would involve creating some lists of adventure hooks tied to each aspect, or better yet find a resource with the work already done for you. Our own Out of the Box: Encounters for 5th Edition would be perfect for this. The 55 different encounters in the book require zero prep and you can drop them into your game whenever and however you need. Linking them to characters’ Morality, Duty and Obligation would be a snap, and each encounter includes insights and forethought into different branching directions it might lead.

Easy story and adventure elements aside, what’s really in it for a DM though? In Star Wars RPG when characters access their dice pool to gain benefits, the GM can get a chance to gain some leverage too. Perhaps every time a player uses their Hero Points or whatever special features you devise, the DM gains a d6 they can use. This 1:1 transaction seems unfairly weighted towards the DM though, since they’d gain a die every time a player used one. More players would make the DM’s pool fill quicker and this could be disastrous for the party.

How about this: each time a player borrows from their Morality, Duty or Obligation pool the DM gains a token. Once they accumulate a certain number of tokens, the unexpected occurs. Tie this event to a character aspect, and this’ll keep players keenly aware of how close they are to something happening but in the dark about whose past intersects their path. Whatever form this event takes should be impactful. If the Duty character doesn’t come RIGHT NOW the war will be lost and only their immediate action can prevent disaster. The Morality character reaches a philosophical precipice and the next decision they make could bring about very dark results. Choose wisely! Just as the party is about to finish off the big bad, the Obligation character receives a sending telling them if the enemy is destroyed, great tragedy will strike elsewhere. Now that’s some dramatic 5E D&D storytelling!

I’m enjoying this video series start! For one thing it gave me an opportunity to look through FFG’s Star Wars RPG books more closely and I’m interested in trying the game out sometime. Edge of the Empire appeals most to me but playing a group of Rebel Alliance operatives in Age of Rebellion seems really awesome too. But also these videos and posts are a smooth way for Nerdarchy to branch out more to explore and share other RPGs while keeping the lights on through our 5E D&D content, which we all adore. Are there any games with interesting, intriguing or engaging mechanics you’d recommend we check out and see what inspiration we can find for 5E D&D? Let me know in the comments!