Over on the Nerdarchy YouTube channel, there’s a whole playlist of videos devoted to tips, advice and insight for worldbuilding. Creating a setting for your fifth edition Dungeons & Dragons campaign – or any tabletop RPG – is an exciting part of the game for many players. Even if you use an established setting like Forgotten Realms, Greyhawk, Dragonlance or Dark Sun, the people, places and events in your game shape the shared imaginative space and make it unique.

In the video clip above, Nerdarchists Dave and Ted brought up an idea I threw against the wall – player surveys to give them some participation in worldbuilding. We also did something kind of like this for the Open Legend RPG-sponsored Aether Skies live game.

Coming up with a setting from scratch can be a big undertaking. Painting in broad strokes, it’s fun to imagine a cities as vibrant as Waterdeep, megadungeons beneath an iconic location like Castle Greyhawk, or entire worlds with complex history and unique environments. But in those cases there were two factors at work to varying degrees: time and manpower.

Waterdeep wasn’t built in a day, as the old saying goes. And Greyhawk was a simple dungeon beneath a castle before it was a sprawling complex, city and eventual world. Settings develop, grow, change and evolve from their starting points through the hours of gameplay that takes place within them, and the efforts of the collective group.

The point is, GMs can sometimes get caught up with the notion of developing a rich, intricate setting before any gameplay takes place. Creating a unique setting for players and their characters to interact with is a noble endeavor, certainly. But it can be problematic for a couple of reasons.

I see this issue creep up a lot for aspiring GMs. In the effort to present an immersive experience, an enormous amount of time gets spent writing the history of the world, developing political interplay between huge kingdoms and cultures, and detailing every structure in every village, town and city and all the NPCs within them.

This is too much work! 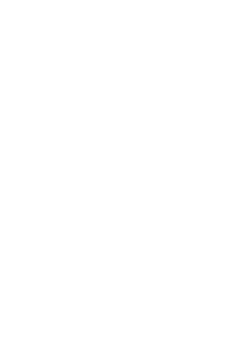 If you’re writing this much material to prepare for a D&D game, and you don’t yet have an adventure set within this complex world being created, you’re in the wrong business. Writing a novel might be closer to your calling. There’s a reason so many pieces of GM advice suggest starting your D&D game in a small village. Chances are, the characters will likely never explore an entire continent over the course of a campaign. If you’re lucky and your game enjoys a robust and healthy lifespan, by the time characters do travel far and wide, you’ll probably have come up with new ideas along the way. Either way, an in-depth gazetteer before dice hit the table is a lofty goal, but largely unnecessary. The beauty of an RPG is the setting that emerges during play!

Either your own imagination or the actions and events taking place at the table will influence the setting in fun new ways. By creating too much material before dice are ever rolled by the players, a GM runs the risk of fixing too tightly in their mind the way the setting is “supposed to be” and potentially stifling players’ contribution to what the setting can become.

But whether your setting starts tiny or gargantuan, giving players a hand in creating the world frees up time away from the table for time at the table playing in your fantastic setting.

I’m not saying GMs can’t or don’t run wonderful games set in creations all their own, or bring published settings to unique life for their particular group. But giving players a little jaunt behind the scenes to add their own stamp on the world builds a sense of ownership.

Great GMs sprinkle and weave elements of character backstories into campaigns. Times when people, places and things from beyond the adventuring party create the unique stories of every table are the essence of roleplaying games.

Giving players an opportunity to add things outside their characters’ sphere are a wonderful amuse-bouche. It could be a corner cafe serving the best coffee, a special spot along the river where village youth hang out, or a popular soft drink whose brightly-let billboards splay their logo all over the city.

When players encounter their creations over the course of a game, these are special, memorable moments. As a GM consider the feeling when players interact with something you came up with that had you excited. You can share that joy with the players when you incorporate their ideas in fun, maybe even unexpected ways.

What if you spend dozens or hundreds of hours meticulously developing an entire campaign setting…and it doesn’t click with players? There’s something to be said with quality over quantity. Before you start a new campaign, consider how much the characters are likely to explore and interact with. Will they poke around every street and corner in town? Canvass the entire Dark Forest? Discover the name and lineage of every orc in the horde amassing near the mountains?

I’m 40 years old and i haven’t been inside half the shops along the downtown main strip of my hometown. Chances are the players will miss out on the vast majority of potential NPCs and places in the world. Better to focus your efforts on a handful of locations and think about ways to really make them pop.

Trust in spontaneity and the magic that happens at the gaming table to fill in the blank spaces!

Surveys to the rescue

At any time during the course of a campaign, a GM can simply ask players for input. Listening to players and helping create a game incorporating what interests them is part of what makes RPGs special.

Before a game gets underway, try coming up with a brief questionnaire to give players. Here’s a quick list of things you might include:

Once a game is already underway, there’s no harm in straight up asking players what they like and don’t like.

Maybe an NPC you thought would be great and remain involved in the adventurers’ story falls flat and players don’t connect with them. Or a tavern you were certain was the RPG equivalent of Cheers ends up being the place where nobody knows your name, they’re never glad you came and the characters desperately would like to get away from visiting.

Get players involved and ask them to describe to you where they go between adventures. Ask them if they like particular NPCs and if not, why not?

Let them tell you what they imagine happened during the two days of travel – what amazing vista did they see along the way?

All of the games I’ve had the pleasure of being involved in with Nerdarchy share one thing in common – players have a ton of involvement with creating the setting and world. As a player, it’s exciting to roleplay in a world I help shape along with the rest of the group. GMs and players inspire each other’s imaginations and what emerges in a one-of-a-kind experience that everyone contributes to creating.

Whether your group conducts formal written surveys or simply shares ideas about the direction and content of a game, the results get everyone to the table and playing quicker, getting more immersed and invested in a fun, satisfying environment.

Have you ever used survey methods with your RPG group? Do you have any other ideas about ways to give players the opportunity to help with creation? Let me know in the comments below and, as always, stay nerdy!