Over on the Nerdarchy YouTube channel Nerdarchists Dave and Ted naturally discuss the idea of an all druid party for fifth edition Dungeons & Dragons. This popular video series finds a different angle here on the website exploring my take on the concept of single party composition. Druids in 5E D&D bring a wide variety of features to an adventure and their signature Wild Shape adds tremendous versatility to this class. But it’s a different kind of class we’re focusing on here when it comes to our D&D academia campaign setting, the conceptual frame for this series. Students at Circles take a new age approach to their education, so let’s get into it.

In earlier editions of D&D druids were part of a global society and became Initiates of ascending Circles. Eventually at 12th level a character earned the title Druid, but only if there were currently fewer than nine other druids of this level in the entire world. Alternatively a character could seek out such a druid and best them in combat, with the winner gaining the level and title while the loser lost experience and dropped down to the previous level. The process repeated for becoming a 13th level Archdruid and at the highest level a druid could attain as The Great Druid at 14th level.

Although by the time we get here to 5E D&D this conventions are no longer part of the game or druid class, some of this legacy finds its way into the current edition. Druid subclasses are called Circles, and even the competitive hierarchy gets represented in the description of Druid Circles inside the 5E D&D Player’s Handbook.

“Though their organization is invisible to most outsiders, druids are part of a society that spans the land, ignoring political borders. All druids are nominally members of this druidic society, though some individuals are so isolated that they have never seen any high-ranking members of the society or participated in druidic gatherings. Druids recognize each other as brothers and sisters. Like creatures of the wilderness, however, druids sometimes compete with or even prey on each other. At a local scale, druids are organized into circles that share certain perspectives on nature, balance, and the way of the druid.”

In this D&D academia setting Circles is a new age school with new age approaches to education. This licensed and accredited school offers courses and classes covering both spirituality and practical naturalism with students often leaving the classroom behind for more hands on learning in the field. Attendees come from all walks of life, sharing a connection to the natural world. Incoming new students first learn Druidic, the secret language of druids, along with guidance in drawing power from nature to shape and mold using magic. Orientation involves leaving the modest campus for the wilds where these new skills are put to practical use through actual orienteering. Each cohort is brought to a remote location in the wilderness and left alone to use their knowledge and make their way back. Instructors leave Druidic messages to help guide students’ paths and simple magic like druidcraft, mold earth, gust and other elemental spells along with animal friendship, goodberry, purify food and drink illustrate druids’ versatility in exploring the wilderness.

In other words an all druid party spends 1st level navigating the wilds on their own. These cohorts learn to work together and master the basics of being a druid so when they arrive back at the Circles campus they’re prepared to choose a Circle to focus their further studies. The campus itself of course offers a pristine environment for connecting with nature including meditation groves, relaxation springs and various cultivated biomes for nature bathing, study and research. An Archdruid for each Circle remains on campus at all times. These Archdruids shape the curriculum of each Circle under the auspices of The Great Druid, a powerful master of the druidic arts. Unlike Archdruids, this Great Druid spends much of their time away from Circles dealing with matters both administrative and esoteric.

The advice on how to add depth and detail to your character’s personality included with Xanathar’s Guide to Everything offers a terrific source of inspiration for druid characters and along with This Is Your Life questions becomes a valuable resource not just for players but Dungeon Masters too. In particular the Mentor section is a great way for players and DMs to collaborate, with these choices translating into the Archdruids supervising each Circle. Characters’ mentors become quest givers, sources of information and a mouthpiece for DMs to provide context and guidance for adventurers in game.

Since an all druid party gains their particular Circle features at the same levels (2nd, 6th, 10th and 14th) these are great places to look for campaign structure. Since we’ve already got our first adventure covered — leaving the party to make their way through the wilderness back to campus — the next few adventures can focus on what each character learned. A Circle of Dreams druid’s mentor may task their students with extra credit opportunities based on sharing the Balm of the Summer Court with those in need. Circle of the Shepherd druids rely on their powerful connection to the spirits of beasts and the fey. Circle of the Land druids gain understanding of how their special magic represents their chosen biome even in different environments. You get the idea. 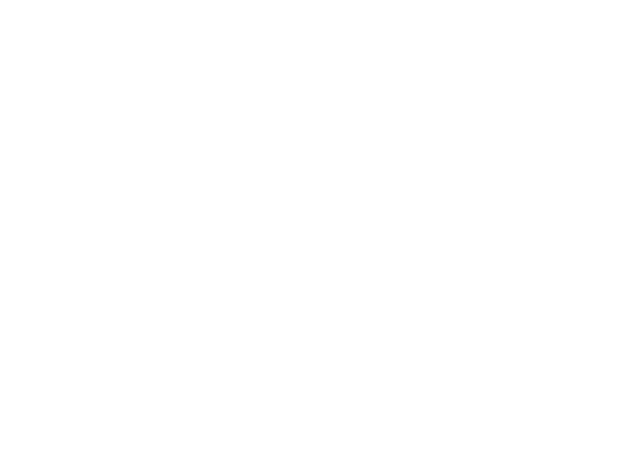 After exploring nearly all the possibilities for single class parties at this point I’ve learned running a campaign like this means a different sort of work for DMs. The first thing involves developing NPCs and campus life for the characters. These D&D academia settings presume all characters are students at institutions focused solely on a single class so they ought to have facilities and activities related to them available for characters. All of the druid’s skills — Arcana, Animal Handling, Insight, Medicine, Nature, Perception, Religion, Survival and Herbalism — boast experts on campus.

The second part involves taking note of each Circle’s features and making sure to incorporate them into adventures. Remember, characters in these single class party composition experiments are not traditional adventurers. Instead they are students given specific assignments by their mentors designed to make use of what they’ve learned. For instance Circle of the Moon druids homework might be finding and observing a rare beast to add to their Wild Shape repertoire. Of course, these assignments tend to go sideways like D&D adventures do and the cohort helping with this task discovers the rare beast in peril. Do they let nature take its course or intervene, perhaps bringing the creature back to campus for safety. I’d like to imagine there’s quite a few unusual beasts around campus.

An all druid party fascinates me because if I’m honest I just really like druids a lot. A D&D campaign with an all druid party seems like a wonderful way to focus on exploration in a very satisfying way. Nature presents many dangers and certainly there’s plenty of room for combat but I rather like the idea of a party getting down and dirty with a lot of druid aspects I don’t often see used. The Druidic language itself intrigues me greatly, and with the right player buy in to this concept I think it would be really fun to bring sometimes neglected features and abilities to the forefront.

This series is nearly complete! With three more classes to go we’ll have a strong foundation for an entire 5E D&D campaign setting in a world of academia inspired by single class party composition. For a running recap, here’s the list of 5E D&D class related institutions. I’m looking forward to exploring the next one along with the video from the YouTube channel.

Any of these individual campaign ideas really makes me want to play or run a campaign with these elements. 5E D&D party composition with all the characters of the same class is more about your group discussing their character choices together than about filling traditional roles. An all druid party shares two particularly useful features — Druidic and Wild Shape — giving them unique opportunities for communication and exploration. A campaign like this could be a wonderful experience of a campaign setting focused more on discovery and travel than stopping the Big Bad.

What do you think? Are you ready to live an idyllic life on the Circles campus and go on nature strolls to learn about the spiritual and practical aspects of your 5E D&D campaign world? Which single party composition video or post interests you the most? Let me know in the comments!