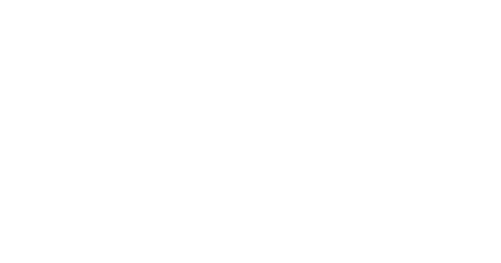 A couple of days have passed since returning home from Gen Con 50 adventure. Decompression and recovery efforts were successful – getting back to the gym and catching up on sleep work wonders!

All the physical stuff is unpacked, flipped through wistfully, played again, read, and admired now on the shelf. So I thought I’d unpack the intangibles to share. The memories, experiences and lessons for fellow nerds and gamers.

I love me some tabletop games, and this trip to gamers mecca did not disappoint. But of all the games in all the world, that sweet, sweet D&D is my favorite.

Unlike the trip to Origins with Nerdarchist Dave in June, we did not participate in any of the official fifth edition Dungeons & Dragons games at Gen Con. As a matter of fact we never even made it over to the D&D area!

After the first two days at Gen Con though, we couldn’t take it anymore and had to play some D&D. In addition to Nerdarchist Dave and his son Nerdarchy Jr. I was hanging with Cody from Taking 20 and Save or Dice, and GM Juce.

As the elder statesman of our party, Nerdarchist Dave assumed the mantle of Dungeon Master. A quick visit to the D&D Beyond marketplace gave us a Monster Manual. GM Juce passed around his random character builder dice and the party was assembled in no time.

Cody wound up with an elf rogue, a class I was shocked to learn he’d never played! Juce was a wizard at first…but he wasn’t feeling it so he took the reins of a dwarf barbarian. Nerdarchy Jr. put together a blue dragonborn fighter. And it was the half-elf bard life for me. All told, it took about 15 minutes from the time we sat down before we were off on an adventure with our freshly minted 3rd level D&D characters.

A through adventure recap or diary would be superfluous, but there were several notable moments at the table worth sharing. Perhaps they’ll be useful anecdotes for your own gaming experiences. The first of these occurred about, oh, immediately. We began in a roadside tavern, like you do, as we passed through town. The place was hopping and a musician played lively tunes for a boisterous crowd. As a bard, naturally my first instinct was to get in on the musical action.

No sooner did I pick up a d20 for a Charisma (Performance) check then Juce, playing Hargrad, bet against me in the battle of bards. Meanwhile Cody, as Amikiir, announced intentions to pilfer the pockets of the audience while Nerdarchy Jr., as Guy, kept a lookout. Within the span of a brief moment, we determined this was common practice for our band of ne’er-do-well adventurers. Felbarros the bard would put on a show – but not a great show…but not a terrible one either. The others all had their usual tasks in this scenario.

Much later, a series of unfortunate events found Hargrad and Guy prone at the bottom of a concealed steep slope. A towering bugbear dual-wielding morningstars had taken them down. An unrepentant squishy coward, Felbarros performed a prat fall to tumble down the slope and land “unconscious” next to his companions.

Our shady friend Amikiir, who earlier surreptitiously swiped a sack of gold, saw our bodies in a heap had a moment of indecision. Would he stay and defend his companions on this impromptu D&D adventure? Or would he count it as a win that he was alive, on his feet, undetected and with a fat coin purse, and leave this mess behind? A six-sided Yes/No die provided the answer. He turned tail and ran. Or Dashed, as the case may be.

The battle ended with a one-two combo of Guy’s lightning breath and a well-timed thunderwave to clear out the reinforcing goblins and bugbear. It was instantly agreed that Felbarros and Guy’s thunder-and-lightning came right out of a literal playbook the party developed during their adventure together since 1st level.

These snippets of gameplay story are a roundabout way of illustrating a terrific lesson for any D&D game. In a broad sense, the story of a D&D adventure and the characters taking part requires very little time. In fact, practically no time at all is necessary. By embracing improvisation and trust between everyone at the table – DM and players alike – a completely immersive experience develops organically without any planning whatsoever.

The elements for roleplaying a D&D character and creating an adventure together are right there on the character sheet through the most basic components of character creation. A chaotic neutral criminal with a selfish streak, unashamed to turn tail and run. A lawful neutral performer inspired by traditional tales of adventure (where heroes don’t always do the most heroic things), a chaotic berserker with has a plan for everything but who never sticks to the plan, and a chaotic champion who never backs down from bullies.

If there’s lessons in here at all, the first is to just go for it. Don’t be afraid of failure, both for your character or yourself. Relish in the possibilities that stem from unfortunate die rolls and poor decisions. Own them and make them vibrant parts of your adventure and story.

Another lesson is that it’s okay to keep things simple. We created random characters from the ability scores through the traits/bonds/ideals/flaws and had a fantastic time. Those few details provided direction and everything else we incorporated to create a rich history on the fly.

Lastly, and this is something two of my Nerdarchy colleagues (Joshua and Megan) recently wrote about, when it comes to acting like a dork at the gaming table go all-in. Talk in a silly voice, banter with each other and the NPCs, cherish character flaws. Trust your fellow players and DM to give you freedom to explore and experiment with the character and adventure. It’ll inspire them to do the same.

So much more at Gen Con

The hour is late and there were so many more amazing experiences at Gen Con 50. Watching Nerdarchist Dave play during the Maze Arcana Dream Stream live event with Amy Dallen, Amy Vorpahl and others; the GM Improv Showdown hosted by Open Legend’s Brian Feister featuring Matt Mercer, Satine Phoenix, Save or Dice’s Andrew Armstrong and more; discovering and playing great games like Pixel Glory and Boss Monster; and seeing Elven Tower and Tales from the Loop win Ennies are just a few.

More than any of that, though, was the opportunity to meet and make new friends. Some people I only knew from online I got to meet in person, which was incredibly rewarding. Game conventions bring communities together all in one place to share their joy and excitement. You can attend with a fully-booked schedule of games and events for a day or the whole weekend. Or you can show up and wander around to take in whatever comes your way.

If you missed Gen Con 50, no worries – there’s always another one next year. In the meantime, see if there’s any game conventions near you and consider checking them out. If you like playing games and hanging out with other nerds, you won’t be disappointed.

Foot in the Door Greetings! It is no secret I am a board game nut...