There’s always a conversation going on about metagaming in Dungeons & Dragons somewhere. Many argue over what it is but few people argue for its merits. I’m here to put forth that metagaming, like many aspects of D&D or any tabletop roleplaying game, is a tool to be applied with skill and nuance. There is good and bad with every tool, but I believe I’ve built a case for helping you find where those lines are at your table and it all revolves around creating tension in D&D.

Metagaming: Cutting to the quick

Many people get hung up on the definition and while it feels pretentious to do so, it’s important we’re all on the same page. I’m using the simple definition.

“Acting in game with knowledge your character does not have.”

Now that we have that out of the way, let’s go into why this might be an issue. Many complaints of metagaming don’t get to the core reason why metagaming is a problem and this leads to the argument succumbing to a lot of goal post moving. I have found the true argument is not that metagaming is good or bad, but really when is creating tension in D&D being undercut.

The commonly used example is the troll encounter. Known to even some of the greenest players is the troll’s regeneration trait overcome through fire and a little lesser known acid. There are Dungeon Masters and players who would cry foul if a player immediately pulled out torches and fire spells merely on the account of it being a troll.

There are so many variables going into this example. How common are trolls in the world? Have any of the characters come across at least someone warning of trolls, if not come across trolls themselves? Is this troll’s regeneration actually overcome by fire? I list these differences to draw attention to the nuance in the metagaming conversation. A 1st level party in a world where trolls have only just emerged for the first time in a millennia is a much different situation compared to a 12th level party facing a well-known cave of trolls they were warned about. Due to the high variability of metagaming circumstances, it really comes down to individual situation combined with preference, which is much too noodley to parse through beyond the individuals at that table. That is why we should focus on the core problem and not the symptom: did someone undermine the tension?

Creating tension in D&D: What is it good for? 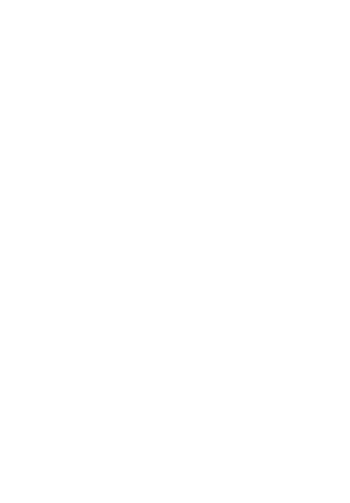 We have drilled down past the metagaming crust and gotten to the gooey center that is the tension argument. In the examples above we need to answer the question of creating tension in D&D. In the 12th level party example, it’s unlikely the regeneration ability was meant to be the source of the tension. Possibly was, but at that level it would be an objectively bad source of tension.

The party will likely greatly outclass the troll and if they bring the troll down, just to have it stand back up with a measly 10 hit points, it’ll undercut the tension by just treating it like a game of whack-a-mole. In this scenario, the tension is better derived from the amount of foes or maybe extra weird traits these trolls have. The fact that the characters use fire might be the beginning of ramping the tension, showing this knowledge alone isn’t going to win them the struggle.

In contrast, a 1st level party facing off against an unknown foe might have the situation deflated if in the midst of the DM describing the wounds stitching themselves together a player blurts out, “FIRE! USE FIRE!” If you want to use that player knowledge, weave it into the narrative and build on the scene.

If you’re wielding a torch and sword, perhaps the foe shows particular fear to the humble torch light or when it punches your character, the torch tumbles from your grasp. The hot embers graze against the snarling giant but the ranger’s keen eye notices the small blemish of lightly singed skin doesn’t grow back, leading to a moment of spotlight and turning this scene of desperation into a glimmer of hope. The players get the benefit of their knowledge and they all get to enjoy a scene where a character gets a small, ten second spotlight.

Metagaming as a force for good

The point of this is to hopefully reduce the arguments about metagaming and focus on issues at the core we can fix. A player who reads ahead in a module should not be seen as a sin of metagaming, but a player who is destroying tension by giving themselves an advantage. This is a problem with the player, not metagaming.

I have been a player in modules I’ve run before and used that knowledge to aid the DM in flow and pacing. I can’t forget what happens in the module and I still want to play with my friends, so I simply would play a character who was a little quieter during decision making and puzzle solving, but I was always there to nudge the party in a direction when they were getting bogged down in something I knew was useless minutia. It was never overt and I never briefed anyone I would do this, so it simply came across as my character chiming in. It helped keep the flow going and made the game less frustrating for the players and easier to run for our brand new DM.

I hope you enjoyed this article or at the very least it made you think a little more about the metagaming question. I don’t want anyone to think I’m telling you you’re playing wrong, I’ve just spent a lot of time pondering this concept and would like to share my theories with the rest of you wonderful people. If you have any insight or input, I would love to hear from you in the comments below. Thank you for reading and I’ll see you on the next one.