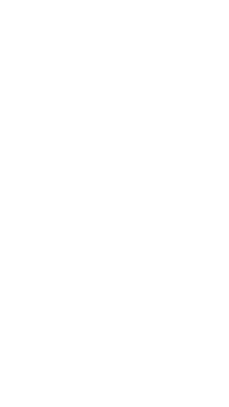 In the world of Dungeons & Dragons clichés, there is perhaps no more universally reviled archetype than the chaotic good drow ranger. Once upon a time, drow were the evil counterpart to elves, raiding surface cities and living in a matriarchal society that worshipped the Queen of Spiders. Then came RA Salvatore and his incredibly popular character Drizzt Do’Urden, the first drow in the Forgotten Realms to throw off the mantle of evil forced on the drow and attempt to redeem himself and his heritage. Drizzt’s popularity lead to a drow player character boom inspired by or modeled on Salvatore’s work and the increased appeal of drow overall. So called “Drizzt clones” have become so cliché as to be outright banned by many Dungeon Masters.

Appeal of drow is here to stay

And yet there is something to be said to playing an expatriate from a dark and evil society, who has to adjust to life in a surface world where people are not constantly trying to subvert or kill each other and where accidentally stepping on a spider is not punishable by death. The themes associated with Drizzt are themes that appeal to many roleplayers, and that’s not going to change any time soon. Perhaps it’s time to take another look at the phenomenon of the drow player character and try and learn how to live with it rather than condemn it.

It makes sense in canon

One of the sticking points for many DMs of would-be Drizzts is that Drizzt was supposed to be the exception, not the rule. The drow are still almost completely evil, and that’s the way it should be, at least according to many DMs. But Drizzt isn’t just popular in the real world. He is quite famous in the Forgotten Realms as well. Almost every drow currently alive would know of Drizzt Do’Urden, and at least a few of them may be inspired to follow in his footsteps. For this reason alone one could justify a drow player character, at least when playing in the Forgotten Realms.

also reintroduced another potential source of inspiration for good-aligned drow that originally appeared in third edition D&D: Eilistraee, the Dark Maiden. Eilistraee is a goddess who is said to lure drow to the surface during moonlit nights. She encourages drow to throw off the yoke placed upon them by Lolth and take their place among the surface races.

On top of all this, drow society is incredibly oppressive, especially for men. No drow man can ever reach the height of respectability that a female drow can. This alone is reason enough for a male drow to seek life on the surface. But even drow women have to face the excessive backstabbing and plotting that is part of normal drow society. Living in the Underdark is a constant struggle for survival, even within the walls of a gigantic city like Menzoberranzan. Going to the surface may just be a way to have a better life.

Variety is the spice of life

So how do you make sure your new drow player character isn’t going to annoy everybody? As with all archetypes, the trick is to add your own unique spin to the concept. In other words, try playing something other than a a brooding ranger with two scimitars.

Perhaps your drow is a paladin or cleric who champions the cause of Eilistraee. Or perhaps your drow warlock follows in the footsteps of K’thriss Drow’b of Acquisitions Incorporated fame and has forsaken Lolth for a new, stranger patron.

Or maybe your drow is a bard who is Drizzt’s biggest fan and constantly sings songs about his epic adventures. Add some personality and a flare all your own, and your drow is sure to stand out from the crowd.

And if your DM still won’t let you play a drow player character, there is always an alternative you could put forward as a compromise: a half-drow. Sword Coast Adventurer’s Guide added a number of variants to the standard half-elf, of which the half-drow was just one. A half-drow is even easier to justify as a player character, since they would be considered an abomination in the Underdark and would most likely need to flee or hide their true nature in order to avoid being sacrificed to Lolth. Or, depending on you backstory, your drow player character could have been born on the surface, with only a few family tales to let them know of their circumstances of their birth.

Ultimately, players should be allowed to create the character that they want to make. And if that character just happens to be a drow who isn’t evil, that’s perfectly okay. There’s plenty of room for nuance and creativity in the realm of drow player characters. You just have to know where to look.

Getting More from Mind Flayers in Dungeons & Dragons Welcome once again to the weekly...

Get Tangled Up in Hairible Ideas for D&D Worldbuilding Opportunities Through Explorer's Guide to Wildemount...

Top 10 5E D&D Summoning Spells by a Factor of Three Get Tangled Up in...