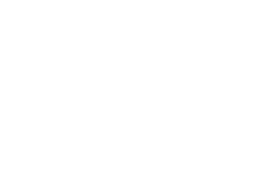 A half-dragon veteran as seen in the fifth edition Dungeons & Dragons Monster Manual. [Image courtesy Wizards of the Coast] 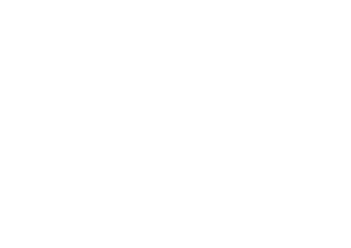 Any humanoid race could be reborn as an emissary of Bahamut in D&D 3.5 edition. [Art courtesy Wizards of the Coast]

Dragonborn were initially introduced in the 3.5 supplement Races of the Dragon. In this first incarnation, they began life as members of other races before making a pact with the dragon god Bahamut. Swearing to hunt down the children of Tiamat, goddess of the evil chromatic dragons, they underwent a ritual that turned them into dragonborn.

While technically a race, this lore made them sort of function as a prestige class, as a character of another race could theoretically change into a dragonborn.

When fourth edition D&D came around, the dragonborn were revamped into a more traditional race with their own history and culture.

They were introduced in the Forgotten Realms setting via a trans-dimensional calamity that ripped them from their original homeland and deposited them in Faerun.

Instead of of writing a whole new race into their setting, Wizards of the Coast could have just adjusted the already-existing half-dragons to be a player race. Dragons in D&D have always been known to take mortal lovers on occasion and spawn half-dragon offspring that combined the traits of both parents.

Many sorcerers can draw their lineage back to such an ancient pairing. These creatures have been a major part of D&D lore since before the dragonborn were introduced, and players have been making half-dragon characters for just as long. In fact, the aforementioned Races of the Dragon supplement included a lot of setting information for players and Dungeon Masters who wanted to roleplay a half-dragon

Hybrid playable D&D races have also been a huge part of D&D. Half-elves and half-orcs have been playable races since first edition AD&D and have been featured in almost every PHB since then. Half-elf and half-orc continue to be very popular among the playable D&D races, and there’s no reason why half-dragons would be any different. All three hybrid races share a common thread: they stand out from the culture of either parent. Hybrid characters carry an outsider status, and that appeals to a lot of players’ roleplaying sensibilities, my own included.

Monsters as a playable D&D race

Rezmir, a half-dragon villain from the Hoard of the Dragon Queen adventure. [Art by Bryan Syme]

One argument that could be launched against including half-dragons as a playable D&D race is that they are designed to be monsters and are therefore on a different power level than standard player races. But half-dragons would hardly be the first race to migrate from the Monster Manual to the PHB. The fourth edition PHB included tieflings as a playable D&D race, and the fifth editions PHB includes them as well.

The drow also made the leap from the Monster Manual, and Volo’s Guide to Monsters included information about creating orc, goblinoid, kobold and even yuan-ti pureblood characters. Monstrous characters are incredibly popular among certain D&D players, and Wizards of the Coast has taken note of this.

All that being said, there would be balance issues with including the current version of the half-dragon as a playable D&D race. Currently, half-dragons have the breath weapon of a wyrmling of the same color as them. This makes their breath weapon much stronger than the dragonborn version. Moreover, the ability has a chance to recharge every turn, while the dragonborn ability recharges on a short rest. This makes a half-dragon’s breath weapon incredibly potent. It is simply way too powerful for a player character.

The easiest fix for this balance issue is to simply reskin the dragonborn race as a half-dragon. After all, the dragonborn race is fairly balanced already. Another option is to create a new race using the rules for race creation set aside in the Dungeon Master’s Guide. These rules are actually incredibly easy to follow and usually lead to balanced results. The choice is up to you and your DM. Be prepared to work out any balance issues with each other, and keep in mind the other players in your campaign. As cool as playing a half-dragon is, you don’t want to overshadow your fellow adventurers.

I’m not against the dragonborn as a concept. I’ve made a lot of lore surrounding the dragonborn race for a game I’m currently running. But half-dragons have always intrigued me. They combine the outsider status of a half-elf or half-orc with the sheer cool-factor of playing a dragon. They seem like they’d be incredibly interesting to roleplay, and that, more than anything else, is why I wish they were a playable D&D race.