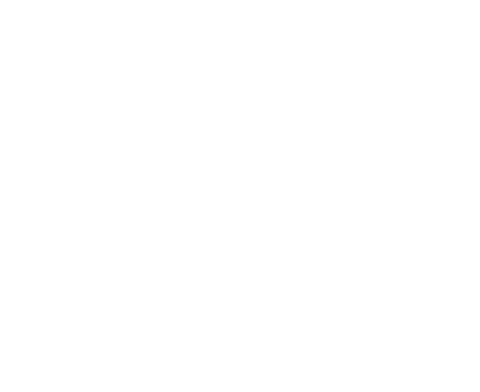 Happy Pride Month! As a proud member of the Queer+ community and a Nerdarchy staff writer I really wanted to do something special for Pride Month this year — something that screams “I love Dungeons & Dragons and rainbows and all of that!” I kept wracking my brain of what we could do to offer some Pride positivity into the 5E D&D sphere. Chromatic spells are an obvious hook but they’re not quite potent enough for what I wanted to create. The more I thought the more the notion of a subclass surfaced in my mind.

I could do a barBEARian, as a proud bi bear myself, but it’s doesn’t have quite the oomph. With the recent discourse about kink at Pride we could do a rogue, a bard or something else that wears leather armor, right?

But no. I wanted to do something to really embodies the spirit of Pride and what it means to me. In order to share how this subclass came about I need to get a bit personal. I need to share about how playing pretend and rolling funny-shaped dice helped me grow in my real life.

For me, growing up as a fem boy nerd gave me very few situations in which I wasn’t bucking social norms. While closeted in my early years I felt intense pressure and fear for my inability to conform. I was literally punished frequently by my parents for being too feminine or for expressing interest in traditionally feminine things.

Yet I found safe spaces among fellow nerds — people who didn’t care what others thought of them or their interests. The nerds I found at local game shops embraced me for me and when I began exploring my own Queer+ identity in the safe confines of a D&D game nobody batted an eye. It was the first time I felt safe expressing my innermost feelings (if only vicariously through my characters).

Nobody at the table knew how deeply connected I felt to my Queer+ characters. They had not an inkling of how important it was to me as a person that the other player characters saw my overtly Queer+ characters for who they were and how they contributed to the party. None of them took issue with my male swordmage flirting with the male barkeep or with my female bard having a female lover. My characters were simply my characters to them.

It was in the context of playing D&D — first fourth edition and later 5E D&D — where I found a haven to express myself and eventually begin coming out to close friends, then family and eventually everyone I met.

Thinking about my history with D&D, my own identity as a Queer man and how those two intersected hit me with the true meaning of pride powered by nerds. As a community, nerds tend to be more accepting. We love one another because we get to know each other with our shared interests as a baseline.

Sure, there are gatekeepers and jerks anywhere you go, in any community. However for my experience D&D was about learning to explore and express who I was, first in the safe confines of the game then eventually in real life. By being honest through my characters I found the strength and courage to be honest with myself and everyone else.

I learned to take pride in who I was as a nerd first, then as a Queer man and now I take pride in my whole self. For me, Pride started being powered by nerds but at its core Pride is about freedom. That’s what I wanted to capture with the subclass.

In D&D alignment is a thing, love it or hate it. While writing about how to Command Respect and Fear with the Order Domain from Tasha’s Cauldron of Everything I got a lot of vibes reminiscent of my closeted days.

Being forced to take actions at the behest of others, keeping my true self “respectable” and even being encouraged to browbeat others like me felt all too similar to the Order Domain’s features putting the cleric in control of their allies. Don’t get me wrong. I think the Order Domain cleric has its place but it also needed a foil. Not a true opposite — something reactive would be shallow — but instead a cleric who captures the spirit of freedom.

Jodah, Archmage Eternal from Magic: The Gathering’s Dominaria set was very influential in developing and researching the aspects of color magic. [Art by Yongjae Choi]

The Rainbow Domain’s freedom even transcends the bounds of reality to a degree. Rainbow Domain clerics can shape themselves, others and even raw materials through the cosmic structures invoking their coloration and appearances. Rainbows are not restraining. They are not only an expression but an experience. To confine the Rainbow Domain or to overly define it misses the true scope of the domain itself.

When you choose this domain at 1st level, you gain proficiency in painter’s supplies and the disguise kit, as you excel with color pallettes for the canvas and the face alike.

Also at 1st level, you gain the ability to resculpt and paint your features into whatever you desire. As a bonus action, you can physically alter your appearance and the appearance of everything you are wearing or carrying. You can change your appearance and voice, as well as height, weight, hair length and sex. you can even give yourself more or fewer appendages. These additional appendages do not allow you to take extra actions or bonus actions, but they can be used to accomplish multiple tasks at once with a successful concentration check.

In addition you can cast the enlarge/reduce spell on yourself. Once you cast this spell you can’t cast it again until you finish a long rest.

As an action, you can present your holy symbol and use your Color Change ability to alter the appearances of any number of creatures for one hour. To do so, choose any number of willing creatures within 30 feet of you. Each creature freely chooses how its appearance transforms as a deluge of rainbows shower over it. As a bonus action, a creature can choose to dismiss its transformation as it wipes away a slurry of rainbow energy from its form.

When you reach 6th level, your spirit is liberated to the cosmic understanding of the magical spectrum. You learn an additional cantrip from any class’s spell list. When you finish a short or long rest, you can relearn this cantrip, choosing again from any class’s spell list. Cantrips you learn in this way are cleric cantrips for you and do not count against the number of cantrips you know.

Also beginning at 6th level, your connection to your deity liberates your magic from the constraints of traditional spellcasting. You can cast a spell, ignoring any verbal or somatic components, and you can ignore up to 100 gp of material components. You can do this a number of times equal to your Wisdom modifier (minimum of once). You regain all expended uses of this feature when you finish a long rest, or when you use a bonus action to expend a spell slot of 1st level or higher to do so.

Starting at 8th level, you add your Wisdom modifier to the damage you deal with any cleric cantrip.

Additionally, you can cast plane shift without expending a spell slot. You can do this up to a number of times equal to your Wisdom modifier (minimum of once), and you regain all expended uses when you finish a long rest.

How has playing D&D changed your life? What do you think of the Rainbow Domain cleric? Whatever you’ve got to tell us, we want to hear from you! Tweet @Nerdarchy or connect with us on Facebook! If you’re hungry for even more Nerdarchy content we’ve got a treasure trove of encounters to slot neatly into any 5E campaign or one shot adventure with Out of the Box Encounters!

Lambert House empowers lesbian, gay, bisexual, transgender, and questioning youth through the development of leadership, social, and life skills. Learn more about this organization and how to support their work through the Network for Good here.

*Featured image — The author’s creative inspiration for the Rainbow Domain cleric for 5E D&D comes through with flying colors as an expressive adventurer unrestrained by the reality presented to them. Pretty trippy stuff! [GIF by PHAZED]