ZOECon and Me, A Quick Look Ahead at the Zombie Orpheus Entertainment Convention
D&D Unicorn: Expanding the Legendary Creature Through Variety

VOD of each episode is typically available within 24 hours through Alpha, and 48 hours on Twitch. The posting schedule underwent some changes with the new campaign and I’m not 100 percent certain on those details. Down below you’ll find a video from the Nerdarchy YouTube channel where Nerdarchists Dave and Ted share their thoughts on Critical Role too. The new campaign was the perfect jumping on point for them to join the Critter family. These videos will post on Wednesdays, with a two week window giving Critters time to watch if they missed the live game. But enough from me, let’s hear what Gin has to say…

As you might have expected, much of the Critter community’s discussion regarding episode 5 centers around Fjord. Travis’ solo scene with Matt might not have been as long as Marisha’s, but I’d argue it created a bigger mystery for Critical Role fans to freak out over. I am of course referring to the unknown identity of Fjord’s warlock patron. To be fair, Travis confirmed that both he and Fjord are in the dark on this one, so at least we aren’t the only ones biting our nails in unanswered anticipation. But before I focus on what we can only guess at, here’s a quick overview of what we do know:

If you spend any amount of time on Twitter or Reddit you’ve probably seen a ton of theories based on varied interpretations of these details. That being said, most of the ones I’ve read seem to at least agree that whatever this leviathan is, it ain’t nice. I’m with the crowds on this one; I think, maybe. The class description from D&D Beyond indicates there’s in-game lore suggesting all Hexblades can be traced to the Raven Queen, but that’s hearsay as opposed to documented fact. Also, that particular deity played such a large role in the last campaign I don’t really see Matt making her a feature in this one. 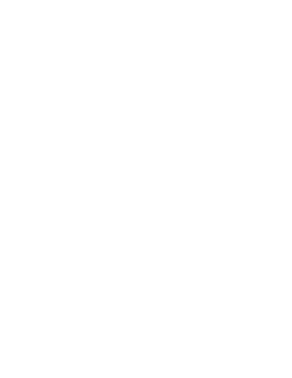 From this first point, however, everyone goes in different directions. Reddit user Karthanals had a detailed theory about the patron being an aboleth, but a) I don’t know if aboleths can reach the massive size Matt described in his narrative, and b) we know from the Critical Role Tal’Dorei Campaign Setting there’s a huge city of aboleths underneath Emon, so I think it’s unlikely Matt would pull them into a Wildemount setting.

I’ve also seen arguments the patron being an Elder God, a powerful entity rejected by the Elder Gods, and an ancient dragon turtle (because there was steam escaping the mouth of the gnoll Fjord attacked with eldritch blast, and dragon turtles have steam breath). Travis even mentioned on Talks Machina that one fan suggested it could be the kraken from Campaign 1 that ate Keyleth’s mom.

Matt said it wasn’t *THAT* particular kraken, but he didn’t deny that it was *A* kraken.

News flash, I’m a fan of the theory that the patron is a kraken. First off, I think Matt’s description of an entity large enough to physically encircle Fjord fits better with either an enormous serpent like the one portrayed on Deven “Mistress of Maps” Rue’s incredible map of Wildemount (revealed on episode 4), or a giant tentacle beastie.

Also, I don’t think it’s a deity because Matt took the time to describe how its communication with Fjord began as emotions vs. actual speech; that detail seems more like a primordial aspect rather than a celestial one. But most of all, there’s an infamous kraken already established in-world. In the Tal’Dorei Campaign Setting there’s a section that briefly describes the Shearing Channel (a narrow stretch of water between northern Wildemount and the continent of Tal’Dorei), and highlights its most terrible denizen.

The Scion of Oblivion is a kraken that’s been corrupted by a piece of the Chained Oblivion’s power, which infected that bit of ocean long ago during the Calamity. Additionally, the Scion attacks ships, mutates and/or corrupts sailors, and is apparently working on plans for some type of large scale attack against civilization. So, Fjord and his buddies are sailing along, get attacked, but instead of killing every last soul or turning them into something resembling cursed pirates from the Caribbean, the Scion makes a deal with Fjord. Having a warlock roaming about the continent could conceivably extend its influence beyond its primary domain. It’s a small step, but this thing is centuries old, so it certainly has time to play the long game.

Or Fjord’s patron IS an extension of the Raven Queen, and she’s adopted a sea monster appearance (or else possessed an existing one?) in order to reach people who are already traveling around the part of the world where the Scion dwells. Maybe she wants boots on the ground (boots on deck?) when she makes her move against the Scion!

If you take Fjord’s dream from episode 5 and compare it to Vax and Percy’s encounters with the Raven Queen they’re eerily similar. Remember when Vox Machina was in Vasselheim, and they went to the Raven Queen’s temple so Vax could check in with her for the first time? He had to enter a pool of blood, and nearly drown himself before he was swept up into his vision of her. Later in the day Percy went through the exact same experience. And now Fjord is having a near identical encounter, except he’s immersed in seawater instead of blood. Coincidence?

Or it’s some other sea monster, neither good nor evil, and Fjord just happened to encounter it in parallel to whatever dramatic event occurred that lead to him needing to be saved/willing to make a pact. Part of me wonders if said dramatic event wasn’t something that affected Fjord in particular as opposed to an entire ship of seamen. (Heh heh, seamen.) Remember when Fjord told the party he was from Port Damali? The Campaign Setting establishes that particular city is pretty much run by a criminal organization known as The Myriad. They’re like the Clasp from the first campaign, except they’re based out of Wildemount, carry more influence on their home turf, and deal more in shipping/piracy than in underground lairs/thievery.

Perhaps Fjord was a member, but was made to walk the plank when he failed to perform some task. Or maybe he was part of a regular merchant crew overtaken by a Myriad ship, and he and all his confederates were killed. Onto the scene comes a powerful sea monster who offers life and the ability to one day take revenge, and Fjord accepts.

Or it’s something else entirely, and we won’t know the real story for months to come. But one other thing from this episode I found intriguing was Beau’s statement that she’d read a lot about the sea, and was obsessed with underwater life and mermaids.

I wonder if it has anything to do with why she wears blue clothing. During a previous episode of Talks Machina, Marisha revealed the color was a deliberate choice, and it held specific meaning to the character. Wouldn’t it be cool if Beau and Fjord have an unknown connection somewhere in their background, one which ties them to the overarching plot?

If you want to see Gin doing her own awesome roleplaying, check her out in Nerdarchy’s weekly Scarlet Sisterhood of Steel and Sorcery live stream game.

If you haven’t checked out Critical Role yet, do what the rest of the Critter community does and head over to Project Alpha where new episodes live stream Thursdays at 10 p.m. EST. If you want to play D&D in the same setting, pick up Matt Mercer’s Tal’Dorei Campaign Setting and explore Exandria at your gaming table. And with D&D Beyond as an official sponsor of the show, you can find Critical Role content at DDB too.

Is it Thursday yet?