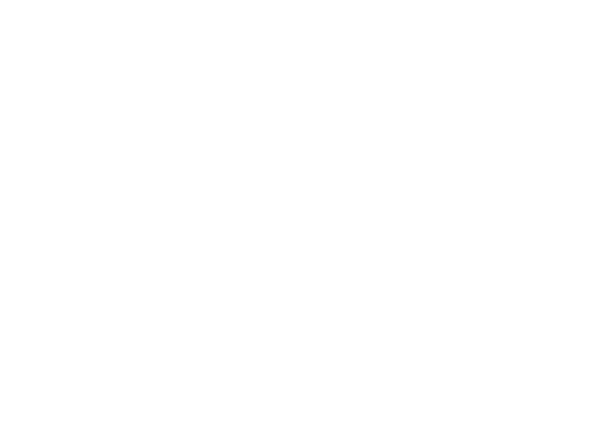 A Happy Backstory Can Make Your RPG Characters Better

Whatever the tale of woe, we have all heard a tabletop roleplaying game character backstory where the character is left with little or nothing good in their life and either left alone in the world or forced away from everything they know and love. While a backstory with brutal pathos can be fun and fit many character concepts, for an RPG character they seem so often to be the norm or at least near enough to it.

Such backgrounds are often selected for a number of reasons other than simple drama. Some players do not want to bother with a backstory but feel wrong not having one at all and so elect to burn their character’s history down. Other players may be seeking extra drama for their character backstory in an (commendable) attempt to feed their Game Master with stuff to work with and avenues for roleplaying. Of course there are always those who just want an edgy backstory. There are even players who are afraid a backstory gives their GM ammunition to use against their character. None of these are wrong but I am here to tell you an RPG character can have a normal, happy, even eventful backstory without the need for hamfisted drama.

“My village was raided by orcs and my family was murdered before my eyes!”

“My mate was killed by an evil wizard…”

“I was cast out of the order…”

The ultimate goal of any RPG character backstory is to establish a sense of person. It places your character in the world and informs your roleplaying. As mentioned earlier it also provides your GM with elements that can be worked into the campaign. The GM can also draw from this background to determine how NPCs and monsters interact with the character. The more of your backstory that persists into your character’s active adventuring life, the more there is to work with. Having a character who has a home, family and friends also gives your GM instant NPCs custom built for your character. These can be used as contacts, foils, quest givers or nearly any other dramatic tool a GM might need to make the campaign more colorful and personalized.

When putting your happy backstory together you want to come up with a cast of people, places and details that form the background. In doing so you also need to consider why your character has left this life to take up the mantle of an adventurer. This is really where the backstory magic occurs. Any reasons you come up with for an adventurer to leave family, friends and the comfort of home are likely to be just as emotional as what you get with the tragic or bittersweet backstory. Perhaps your character is setting out to better themselves or their family’s lot in life. A wizard maybe have reached the limit of what they can learn with their starting schooling. The sorcerer may be simply be seeking greater understanding of their powers. Racial and cultural motivations can also play into this as well.

A recent character I made was the third born son of a minor noble family. He was loved by his parents and had a good relationship with his brothers and sister. His surviving grandfather lived with the family and was a mentor and confidante. He was sent to a prestigious school of swordsmanship and was guaranteed a comfortable life on the family lands. However, being a third son he stood to inherit none of the title and holdings of his family. His older brothers would precede him in any inheritance. Rather than settle for this, he decided to set out into the wide world seeking fortune, glory and a chance to improve his skills and abilities. There is not tragedy, no loss, not even a pressing need for the character to become an adventurer. Only personal desire. What there is, however, is a full cast of NPCs in just his immediately family, a place he comes from and cares about. This character even has a social structure embedded in his background and that of his family which can be used by a clever GM to create entire plots or even campaigns putting this character at the heart.

For those concerned a full, happy background is bulky and spans many pages, this is no more necessary than with those quick, brutal backstories. The background for the above character was condensed down to a single paragraph and a bullet point list of the immediate family members. The backstory named dropped a few other NPCs such as his teacher and the name of the school he trained at but other than there was very little. Just as many GMs do you can fill in the details as you go, but this initial framework will give you and your GM a basis for questions, expansion and consistency in doing so.

So, before you slaughter your character’s entire family, raze their entire homeland to the ground and kill off their entire order in a bloody schism take a few moments to consider how the character might come from a still living, maybe ordinary, perhaps even happy background. Remember, Bilbo and Frodo were both perfectly happy, fat and fed hobbits before they left the Shire to seek adventure.

To help you along, I’ve included a few possible ways some of the backgrounds included in the Player’s Handbook could be given pleasant backstories with reasons to adventure.

The life your adventurer left behind to travel into dark forests and dank dungeons can be a bright and cheerful one! Want to find out what happens Down on the Farm? It’s one of 55 encounters ready to drop right into your games from Out of the Box. [Art by Kim Van Deun]

Acolyte. Your life among the members of your order was ordinary if not happy. You have set out into the world or have been sent by your order to gain deeper understanding or perhaps as some right of passage for your order.

Charlatan. You enjoy the wild life of trickery and earning a quick coin. Your misdeeds have been mostly harmless (or so you say) and have afforded you a life of freedom and wander.

Criminal / Spy. Very few come out of the life you lived unscathed. You were one of the lucky ones and the skills you acquired are useful in a life of adventure.

Entertainer. All the world is a stage and you plan to see all of it and perform far and wide. Perhaps your turned to a life of adventure to earn the riches so you might one day build your own theater and troupe.

Folk Hero. Years of thwarting the evils that befell your village have left you with a need for adventure. Now that your village no longer needs you it is time to set out to take on even greater evil in the wide wide world.

Gladiator. Blood, sand, the cheer of the masses. These things were hard to leave behind. When your master granted you your freedom, they did so with well wishes and blessings to find your own way.

Guild Artisan / Merchant. Your life has been one that rides the line between work and luxury. Afforded more than some you seek to find your own way in the world or bring greater fame to your family.

Hermit. Your choice to live away from your fellow folk was not made out of disdain or fear. Perhaps you even enjoy their occasional company and that is why when the need arose you set forth to adventure.

Knight. Songs of valor, heroism and virtue spur you on to set out on your own. Whether it is for family and honor or the love of another, your adventures shall make you a person of worth.

Noble. One of many heirs, the courtly life leaves you with simple yet unfulfilling life. Not destined to inherit or rule you seek the means to make your own future.

Outlander. Leaving your people was a choice you made for their betterment. The lands afar hold mysteries and knowledge you and your people can benefit from. You will return to them one day but for now you wander.

Pirate / Sailor. The freedom of the sea and the boundless horizon drew you out into the world. From humble beginnings you left your loved ones behind to live a life that is yours.

Sage. One can only gain so much knowledge from a library. Perhaps there are holes in the chronicles that need filling. You seek to answer the questions left unanswered in the countless scrolls and books of the ages.

Soldier. You have done your service for the kingdom and now with what few coins you have left it is time to set out on your own. One day you will settle down but that day is not today.

Urchin. Life on the streets or in the forests may have been tough but you always had your friends maybe even somebody who looked after. Leaving them was hard, but some day you will come back and make life better for them all.