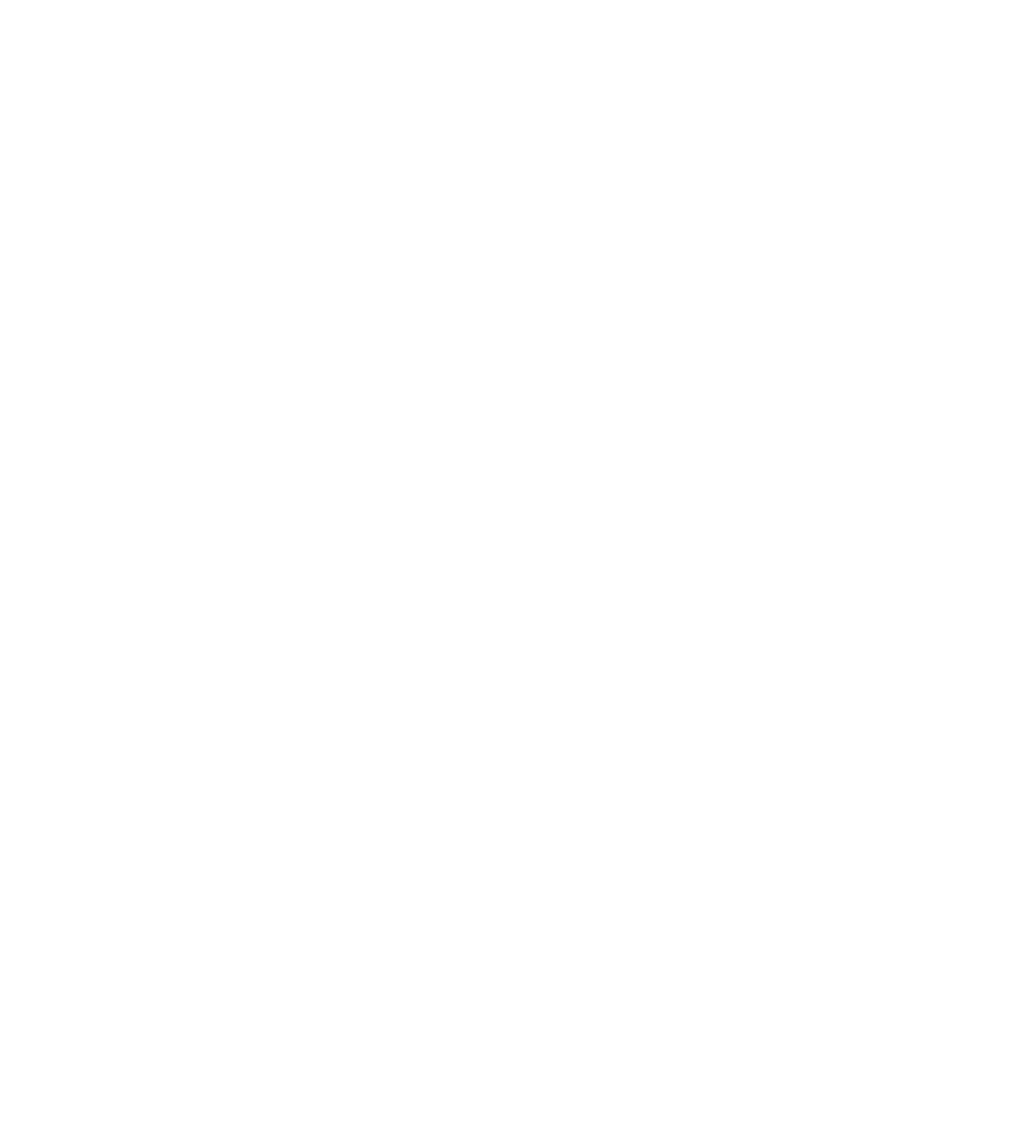 ‘Twas the Nightmare Before Father Winters’ Day for 5E D&D

It’s that time of year, when things go bump in the night and everyone gives cosplayers the pass they deserve. Halloween is one of my absolute favorite times of year and I really wanted to write something inspired by the season. I have several favorites when it comes to Halloween movies. Among my top tier are one most have likely heard of and one most have likely never known to exist.

The first movie is The Nightmare Before Christmas. One of the loveliest things about this movie is its double versatility! It works as both a Halloween and Christmas movie. Now I know many will likely cringe when I deign to mention the Christmas holiday pre-Thanksgiving but let me assure you this movie is every bit as much a Halloween classic.

The second movie is one I only ever watched on television when it was on the cable rotation a handful of times but it holds so much nostalgia for me — Halloween is Grinch Night. If you’re wondering, yes, I’m talking about that Grinch, the one who stole Christmas, and okay maybe I have a thing for blended holiday flicks but this one was great. It had some catchy musical numbers and it expanded on this world we only saw in the middle of winter’s festivities and I distinctly remember this meme-worthy instance of a baby crying voiced by a grown man. But I digress.

At this point you’re probably wondering why I bring up these movies. Well it just so happens  I was perusing Nerdarchy’s collection of supplement material for fifth edition Dungeons & Dragons and I came upon a small something that delighted my soul: The Krinch who Stole Father Winters’ Day.

One immediate tweak I thought to make to this handy little one shot was to change the Town of Griffongaff into a halfling settlement with a few dwarves in the mix (due to the neighboring dwarven settlement). Not only does this give some much needed halfling rep in a one shot but because you likely haven’t fleshed out your halflings much it’s a way to sort of self contain a lot of what happens in the adventure without poking plot holes into why neighboring human settlements’ politics wouldn’t get involved to squash the Krinch from the outset.

Furthermore, I just kind of love the idea Griffongaff would maybe be a place that tames griffons (hence the name), and halfling griffon riders is pretty much all I want in a setting now. But beyond this, accommodating larger folk and the comedy likely to ensue from scaling problems could be especially humorous.

Given that the Krinch is a goblin I also just really like the notion this adventure would focus more on smaller races, which are fairly neglected even to the point of feeling like an afterthought in many settings in my opinion. It sort of makes the whole thing feel a bit less “pick on someone your own size,” if you catch my drift.

Unlike the Grinch, the Krinch keeps regular company in his den. Other goblins provide enemy fodder everywhere and I kind of like the idea of putting a twist on this.

To evoke more of that Nightmare Before Christmas vibe why not turn these guys into zombie goblins, just modifying your standard zombie by making them smaller and giving them Fury of the Small? I also like that this would necessitate the Krinch is also a necromancer, which… I don’t know why but I kind of loved this idea from the moment it hit me. And if you really want to amp up the NBC vibes then don’t just make the zombies mindless — give them personalities and maybe a bit of dialogue. Let the adventurers roleplay the gomblies away if they want.

Also leaning into the Tim Burton style I would go for a very steampunk or dieselpunk aesthetic for the lair, not just another cave. Let the traps be mechanical marvels, showing the Krinch for his high Intelligence in many respects. If you want to go the extra thematic mile I would also give the gomblies some clockwork prosthetics, giving them a die increase for their damage.

A lot of this retooling of the den and NPCs relies purely on flavorful, evocative descriptions. Instead of a rigged pitfall, for instance, maybe it would be a mechanical hidden door opening underneath the characters’ feet. Maybe have some younger gomblies (a la Boogie’s Boys) heckle any adventurers who fall victim to any lair traps.

If you want to really lean into The Nightmare Before Christmas add a literal Father Winters to the mix. Perhaps he’s been captured by the Krinch in addition to the other things the Krinch stole?

Due to the changes I’m proposing I would add at least a dozen or two extra goblins, which you could easily flavor with characteristics from The Nightmare Before Christmas depending on how heavily you want to lean into that element. I would then run the adventure for 5th level player characters.

When it comes to modifying the Krinch to suit this new flavor I would simply make him a challenge 4 creature and change him in the following ways:

Now let’s talk magic items. Specifically, let’s talk about how the Krinch can control so many gomblies. It’s simple — he has a remote control! Suppose one of the adventurers gets their hands on this remote? Just in case you’re crazy enough to do so I’ve got this handy new magic item for you:

This wand comes equipped with 1d6+1 mechanical implants for the undead. These tiny clockwork machines possess red blinking lights and can be used to command an undead creature implanted with one. While you are attuned to the wand as an action you can target a ghast, ghoul, skeleton or zombie within 5 feet. The creature must make a DC 16 Wisdom saving throw. If it succeeds, you can’t use this feature on it again. If it fails, it becomes friendly to you and obeys your commands until you use this feature again.

On each of your turns, you can use a bonus action to mentally command any creature you control with the wand if the creature is within 60 feet of you (if you control multiple creatures, you can command any or all of them at the same time, issuing the same command to each one). You decide what action the creature will take and where it will move during its next turn, or you can issue a general command, such as to guard a particular chamber or corridor. If you issue no commands, the creature only defends itself against hostile creatures. Once given an order, the creature continues to follow it until its task is complete.

When a creature with a mechanical implant dies, the implant breaks and can only be repaired by means of a mending spell or a wish spell. A Krinch’s Kreepy Kontroller can hold a maximum of 7 mechanical implants.

When it comes to the Krinch I really like the idea he’s just super curious about this holiday, much like Jack Skellington in The Nightmare Before Christmas. So he kidnaps Father Winters (if you choose to include a real one, or else he can kidnap one of the men from the tavern). He also steals all the presents and decorations to adorn his main lair with lovely decorations because he simply wants to be included, though the halflings and dwarves of the area refuse to allow him to participate. And before you even ask, yes, I’m a fan of the Jim Carrey Grinch and am suggesting a similar theme for this adventure hook.

If you want to add a layer of spookiness or maybe you want to show how the Krinch is acquiring all the things try having him send out his hoard of gomblies to steal from the townsfolk. The good people would likely be too terrified to fight back (hence their need for the adventurers’ help) and it could seed several of the elements involved with the story at large.

Are you a fan of any of the movies I mentioned above? How would you play The Krinch Who Stole Father Winters’ Day? I want to hear from you in the comments! Pick up your own copy of The Krinch Who Stole Father Winters’ Day in the Nerdarchy the Store and remember when you sign up for Nerdarchy the Newsletter you’ll get a special coupon code for $9.99 off your cart. Check out the adventure here!