It’s out of this world!

With Starfinder gaining as much popularity as their fantasy brother Pathfinder, Paizo has broadened your horizons. Released March 28, Paizo brings Pact Worlds to the vast reaches of outer space. This gazetteer will bring you 14 new realms, new alien species, new star ships to explore vast expanses as well as critters you may have wished you left in the airlock. Don’t worry, that’s not all. There’s new archetypes, NPCs for the Game Master, weapons, armor, techno-baubles, monsters and some interstellar cover art from Remko Troost. It’s on sale now in the Paizo store for $9.99 for the PDF. You can also get a copy on Amazon. Time to reach for the stars folks, there just became a whole lot more of them.

Today Paizo Inc. released Starfinder Pact Worlds, the 216-page hardcover guide to the Starfinder Roleplaying Game’s core worlds and civilizations. Starfinder puts players in the role of bold science-fantasy explorers, investigating the mysteries of a weird and magical universe as part of a starship crew. Starfinder Pact Worlds is available for purchase at game retailers and paizo.com now.

“Starfinder Pact Worlds takes a deep dive into the worlds and cultures of the core Starfinder setting and details some of the most notable locations on these worlds,” said Robert G. McCreary, Paizo’s Starfinder Creative Director. “The book is full of exciting adventure hooks, and it has a ton of new rules content, too, like themes and archetypes associated with worlds and factions within the setting. There are also some beautiful new starships, like the Iomedaean Cathedralships and the living Gardenships of the Xenowardens. But I’m especially excited about the new playable races, including the bantrids, curious aliens who roll around on foot-orbs and are always in motion!”

Starfinder Pact Worlds is also available as part of the Starfinder Roleplaying Ongoing Game subscription and as a single-purchase PDF download at paizo.com.

About Paizo
Paizo Inc. is one of the world’s leading hobby game publishers. Since 2002, millions of players have joined the goblin army by playing the Pathfinder® and Starfinder® roleplaying games across tabletops, at conventions, at their favorite local game store, and digitally on virtual tabletops. Paizo.com is an online retail hobby destination for millions of gamers that carries the latest products from top hobby game publishers. Players also find accessories, like dice and maps, miniatures, T-shirts, goblin plush toys, and the newest releases to quickly replenish those adventuring supplies for the next dungeon run. 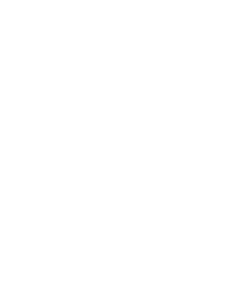 Make a Pact with the Forgotten Goddess Otherworldly Patron for 5E D&D Knowledge is Power!...

A Happy Backstory Can Make Your RPG Characters Better Spell Slots and Class Features as...