Experience schmexperience! Trials and triumphs of a full-time nerd in a part-time world
"Gang of One" - Out of the Box D&D Encounters #45

Mysteries are one of my favorite things in tabletops. It’s like a big puzzle to solve, but with talking to people and assessing their motives. Sometimes there’s even a little larceny involved. I have to admit, I’m a fan. Then again, I have to be, I write mystery novels.

In D&D, mysteries can be really difficult to run with spells in the game like “Detect Thoughts” and “Zone of Truth.” The thing is, the characters have to know whose mind to read before they can be effective with either of these things, and even the highest level wizard can only do it so many times a day.

Start with a crime. Most of the time, it’s going to be a murder (there are few things as dramatic as the discovery of a body), but something getting stolen or reports of someone actually being a spy are just as effective. I’ve never seen it done with anything else, but I’m willing to bet there are loads of other options. Personally, I feel like the body has the most punch. There’s something about going in, finding someone dead, and examining the scene of the crime. So I’m going to go on to talk about a body crime scene, but bear in mind much of this can also apply to a theft or a kidnapping.

Is it meticulously clean or a bloody mess? Was there a struggle? An immediate cause of death that’s apparent at a glance? In the Fables comic book series, one of the first arcs kicks off with the discovery of an apparent murder. The apartment is completely covered in blood, there is no way someone bled this much and didn’t die, and yet there is no body to be found.

Give your players something to raise eyebrows at. If your victim was shot with an arrow or bullet made of ice, there will be no ballistic evidence. No murder weapon to be found. They will have to find another way to trace the killer.

Give them a whole mess of suspects with plausible motives. Make each one look guilty as heck. An easy way to do this is to make sure they are all hiding something big they don’t want your players to know about. Maybe she is having an affair or blackmailing someone. Maybe he isn’t who he says he is or he’s studying illegal magic. She could be addicted to something. He could have a secret bastard child he doesn’t want you to know about. Maybe they actually killed someone together a long time ago and it was unrelated to this crime, but it still happened. 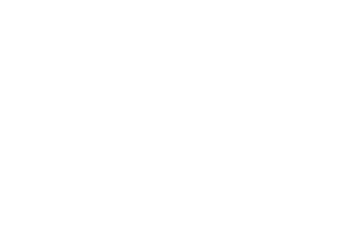 Alternatively, you could make some of your suspects just generally unpleasant people. Many Player Characters get murderously upset when NPCs are rude to them. Have one of the NPCs block the door or say something unpleasant to one of the PCs. Maybe the suspect just really doesn’t like elves. No one likes a racist. Go into detail about how she gets in your face and has terrible breath. That alone might be enough for some players to put these characters on the suspect list.

The actual perpetrator should be someone the party could plausibly suspect if they’re paying attention, but doesn’t look like the most suspicious person involved. Make it someone you can play off as a part of the scenery. There’s a reason for the mystery trope that the butler always did it.

There are a ton of good options here. People expect there to be a bartender at any given bar or tavern. If you’re on the road, a teamster is almost required. Anywhere with a serving staff is going to have waiters. Anywhere with a lot of plants will have a gardener.

That older teen on the corner hawking newspapers could have been involved, but no one is going to look at him first if you introduce him as a part of the scenery rather than as a part of the crime. The guilty party might even be helping the party solve the case as a means to try and pin it on someone else.

Oh, and before I forget, you aren’t limited to normal people with normal motives. A story like the Strange Case of Dr. Jekyll and Mr. Hyde can be just as interesting, where the killings or thefts are happening by some kind of unusual supernatural means. If you’re playing in a setting with magic, then magic is absolutely on the table.

Consider a wizard using animate objects to have the objects he wants just walk out of buildings to him, for example (the glass would be scattered on the wrong side for a break in). All of the witnesses could tell your party a different story about what the perpetrator looks like (which admittedly could be a result of faulty memory and hysteria but also, changeling anyone?). Consider even that all of the crimes happen in the middle of the day and everyone involved only remembers drifting off and waking up to find all the booze missing from behind the bar, or suddenly there was a body there (Sleep spell). 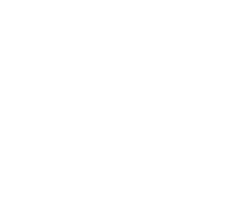 If you use a lot of magic in your mysteries, your players will start to look for it. So when you turn around and do something non-magical, it will take them longer to figure it out. Same is true of the reverse. If you’re going to run more than one mystery, establishing a pattern and then mixing it up is not at all a bad way to do it.

Not every clue has to be real. Some of them should be red herrings. Try to make it so your players can figure out which those are, so they don’t feel cheated. You might even use these clues to foreshadow later campaign events. Say there’s a hammer somewhere that a hammer should not be. Someone could use that as the next murder weapon even if it had nothing to do with the current mystery you’re running.

Most of your clues should point to multiple suspects. The more shade you can throw on your various suspects, the better it’s going to be for your players who are all running around trying to figure out who did what.

You could find one of the victim’s monogrammed handkerchiefs in her room, and then she’s found more than once lingering around the scene of the crime or places that were special to him (they were having an affair). The party could find muddy boot tracks just outside the room where the crime took place (the gardener and the teamster both work outside where they can get a lot of mud on them; smart players will think to look at the boot tread to narrow this down).

By the end, you want them kicking themselves that they didn’t see this coming. You want it to look obvious in retrospect, but not in the beginning during the actual investigation. You do this by throwing them shadows, pieces of the picture but never the whole thing. It may seem obvious to you while you’re running it, but remember, you’ve poured over this repeatedly and this is the first time any of your players are seeing it.

I ran a mystery once when a friend of mine was in town visiting, for just two players. The two of them had infiltrated a smaller thieves guild branch in a major city that was on the verge of a boom, if only one of the members of the guild hadn’t been sharing their secrets with the city guard.

The first third of the game involved my players going around and getting to know each member of the guild. One of them was a younger woman who it turns out was romantically involved with a member of the city guard. She was high on their suspect list as they watched her sneaking around to meet him.

Another character was a younger boy with dead eyes and an even deader voice. When they broke into his room, they found it completely dark with only a shelf with two books and a candle on it and his bedroll. He was all of 14 maybe, but every time he showed up they got a little more suspicious of him.

It turns out it was the bookkeeper. He had been there the whole time sitting in the common room with books in front of him, sometimes ledgers and sometimes things he was just reading. He made notes in all of them. It turns out he was using these books to sneak information to the city watch with a series of notations in the front leading to passages and single words on other pages, that together revealed the guild’s movements.

I was blessed with this particular party; most others would have immediately gone and killed the guy, but they put him on a boat and exiled him. We had the whole thing done in two days and we all had a lot of fun.

It isn’t your standard dungeon crawl type adventure by any stretch, but sometimes you want to break up the pace of delving down and killing monsters, and something a little bit more cerebral can be fun. It’s pretty easy to weave combat into a mystery type game, too. Once your heroes get close enough to finding who really done it, they might just decide to hire assassins, for example.

So put on your hats, get out your magnifying glasses and sleuth it up.