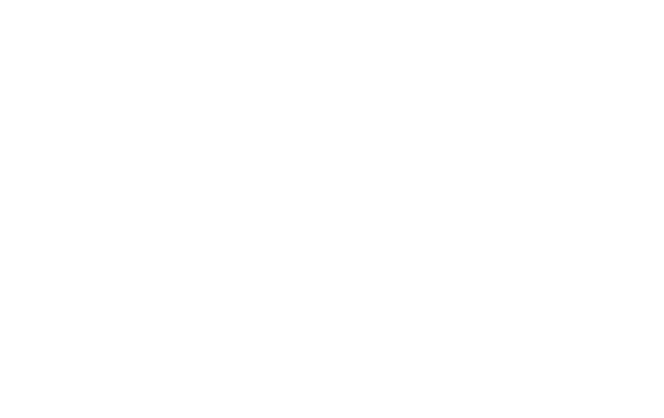 Getting Started with Dungeons & Dragons
Kickstarter Korner for September 2018, Week 1

Paizo said it would all happen on August 2, 2018 and it did. Pathfinder Playtest arrived online and in stores and the wave of hype, confusion, excitement, and hatred has started. That said, I’ll start by saying new isn’t bad folks, it’s just different. As I slowly pick my way through the book while trying to avoid family obligations, I find myself playing with the character creation a lot. For those Pathfinder fans who haven’t picked up the book yet in some form…why? It’s free at the Paizo site — go download it then come back to this. You can also get yourself a physical copy of the Pathfinder Playtest Rulebook on Amazon, available in both standard and deluxe hardcover editions. For those who have the Pathfinder Playtest, let’s continue.

The character creation in the Pathfinder Playtest is very different from what we’re use to from the existing, original Pathfinder ruleset, itself an evolution from the Dungeons & Dragons 3.5 system. Ability score generation is a little different and unique, races are more customizable, and there’s a bit of hopping around the first few chapters. So let’s grab some essentials for character generation. We’ll need some spare paper, a character sheet, a good pencil, and that’s it for the new Pathfinder Playtest system so far. Don’t panic, I’ll talk about dice later, we just don’t need them right now.

From there ability scores are modified by the following: ancestry, background, class, and then 4 bonus points. This can cause a bit of jumping around but the example on page 18 is very well laid out. Now hold on Timmy, before anyone gets upset you can still roll for ability scores as a variant option. They also have a walkthrough for the variant option on page 21. For this walkthrough though we’re going to look at going through with the new method.

Last time we talked of character creation, we worked on Georg Blackwell, this time lets take another path and go back to an old favorite of mine Anders Hilltopple. Anders will be starting this journey with 10’s across the board.

Now that we have the baseline, lets jump ahead to the ancestry section. The chapter starts by finding a significant change to half-elf and half-orc. To create these iconic races, you now start by choosing human, and picking the half-elf or half-orc ancestry feats. This makes the building easy, but I’d still rather see these as full races.

Given that Anders is a rebuild for me, we’ll continue on by choosing halfling. Why halfling you say? To honor some of the fellows from the recent Save or Dice: Harbinger game, for one. Plus, halflings rock, no other way around it. Halflings come to the table with a bonus to Dexterity, Wisdom, and a free one of your choice which I’ll drop into Intelligence. I also end up with an ability score flaw giving Anders a -2 Strength.  This gives us the following ability scores:

Moving on to backgrounds we have lots of options. Each option will give you a boost to two abilities and some skill training. Backgrounds start on page 38 of the Pathfinder Playtest Rulebook. With Anders having a questionable past I’ve chosen criminal for him. This is gives him a boost to Dexterity or Intelligence, plus a free boost. I like both of those options, so I’ll take both.

We have skipped some things in between but don’t worry, we’ll go back and cover them. On page 42, we start our look at classes. I know where I’m going here but I do want to point out that in the Pathfinder Playtest they have added the alchemist to the list of classes. With that said, I’m dropping down to rogue. A rogue’s key ability is Dexterity, giving us another +2 there. Now we have our four freebie boosts remaining. I think Dexterity, Constitution, Intelligence, and Wisdom will be my choices. This gives us a layout as follows:

Step 2: Hit points, languages and a talk on proficiency

Hit points are slightly improved in the Pathfinder Playtest compared to the original Pathfinder system. As a rogue, Anders will get 8 + Constitution modifier + 6 for being a halfling. This will give Anders a total of 15 hit points at 1st level, instead of the normal 9 he would have gotten in the original Pathfinder. Being a halfling, Anders will begin play with Common and Halfling languages. With his Intelligence above 14 he gets the option of 2 additional languages. I’ll take Elven and Dwarven since those races have some of the best things to stea…recover.

Skills come from a few places. We start back at the background section and pick up the Underground Lore from the Criminal section. Next, we pop up to rogue. Rogues get a number of skills equal to 10 + Intelligence modifier as well as expert training in Perception. Signature skills are listed in the side bar. Those are skills you can gain master and legendary status in. Non-signature skills you can only gain up to expert level. Anders has 13 skills to pick, so I’ve chosen Acrobatics, Arcana, Athletics, Crafting, Deception, Medicine, Nature, Occultism, Performance, Society, Stealth, Survival, and Thievery. Rogues as normal get a silly amount of skills.

For feats we want to start back at the ancestry section. You get Ancestry feats at 1st ,5th, 9th, 13th, and  17th level. There are 10 available for halfling so looking through them I’ll go with Weapon Familiarity (halfling), giving me access to a few more weapons and setting me up for another feat later. Moving back to criminal, this gave us the Experienced Smuggler feat which helps me sneak items around.  Under rogue we get 2 feats to choose. A rogue feat and a skill feat. I’ll take Trap Finder and Subtle Theft. They fit well with a rogue. Rogues also start with 3 abilities. Finesse Striker, which allows you to swap your Dexterity for attack damage on finesse weapons instead of Strength. Sneak Attack (which hasn’t changed) and Surprise Attack which makes opponents that haven’t acted yet in combat flat-footed.

That is the majority of character creation. To finish off you must buy gear, and it sets it in the gear section as having a 150 sp to buy gear. Don’t panic folks, 150 sp goes a fair way with things redone. My halfling moves at a speed of 25, and going to saves he’s trained in fortitude, and expert in reflex and will, making the saves 2,6, and 4, respectively. Saves are generated by adding your ability modifier to your proficiency. For example reflex is 4 + 2 = 6.

That’s it folks, the general run through of building a character using the Pathfinder Playtest Rulebook. I really suggest reading this section of the book a fair bit. When you and company start playing you will bounce around through here a bit. The best way I see to do this is write out as you go what happening and the changes and get yourself a really good eraser.

Overall, I find the character creation fairly straightforward though you do hop around a bit. It takes a few steps to get ability scores, but I find the method pretty balanced and it doesn’t look too bad to teach others. I suggest picking it up and walking yourself through it. Just make sure you take notes as you go. If you’re having issues with it, you can get the playtest beta from Hero Lab On-line for roughly $35.00. I haven’t picked this version up but Lone Wolf products have been in my toolkit for years. Enjoy your character building folks.

Play Your Next 5E D&D Game as a Mysterious Hypnotist Exploring Eberron through the Circle...