I have been cast for an upcoming voice acting gig, and this made me think of how this applies to gaming. At first glance I noticed the only one who gets into this at many tables is the one who runs the game. Though with the rise of broadcasts and live streams of gaming such as Maze Arcana and Scarlet Sisterhood, this is going away a bit but the question is why you should put in the amount effort needed to bring a character to life? 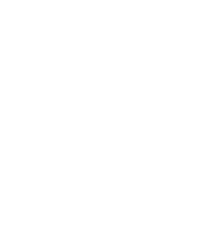 As I have stated in many articles, gaming tables tend to feed off the ‘energy’ of each other. When one player puts in a bit of magic, the others at the table will up their game.

Similar to how actors and voice actors do better when they are actually in the same room, gamers are no different. I recall reading how Ian McKellen complained on the set of The Hobbit because he had to work entirely alone in some scenes working with a green screen.

Never split the party Ian, as the saying goes.

Anyway, went on a tangent there; guess what I was trying to say is by bringing your ‘A’ roleplay game, you will be rewarded through the ever-rising immersion and fun that will result from other’s rising to match.

I am sure you can agree, fun is the point, is it not?

What is voice acting?

Voice acting is best defined by breaking down the words involved individually. I will refer to dictionary.com on this one.

1. the sound produced in a person’s larynx and uttered through the mouth, as speech or song.
“Meg raised her voice.”

2. the range of pitch or type of tone with which a person sings, such as soprano or tenor.

1. express (something) in words.

“Get teachers to voice their opinions on important subjects.”

1. the art or occupation of performing in plays, movies, or television productions.

“She studied acting in New York.”
So with all this in mind, you can easily extrapolate the meaning of voice acting is to use pitch or tone to produce sounds and words for the purpose of a performance. Which is an entire skill in most editions of just about every tabletop roleplaying game for a reason.
A voice is an instrument and a tool. Like such an item, you use them to achieve a certain goal such as persuasion, to move the hearts and minds of the masses, or simply to convince someone of something nonfactual. The goal at this time is to play the role of your character and entertain.

How to voice act

Voice acting is no simple thing when done correctly. To quote the voice of Mercy, Lucie Pohl, from Overwatch from her panel at Geek Girl Con 2017:

“Voice acting is work. if you want to make it work you have to practice and practice. Every day you have to try and be prepared to fail. Don’t give up though.”

Now I do find practicing voices to be a total blast, but I am a bit of the odd duck. For the average person, I believe just working on it during each game would be fine. Just keep it consistent. If you use an accent, use the same one next time. If you deepen or lighten your voice, use the same tone. Consistency is the key. As Nancy Cartwright, the voice of Bart Simpson once said:

“It isn’t about being able to do the voice for a specific catch phrase. To master a voice you need to be able to say anything in it. Even quote Shakespeare if need be”.

Did you mispronounce a word, or put an emphasis on a certain word? Go with it and make it a thing. For the record, that is actually how the famous quote of Homer Simpson of “Doh!” came to be.

The thing about voice acting that is not often thought of is body position. Our minds are geared to change our voice based on posture, and what actions are going on with the rest of the body. Say “hello,” and now smile before saying, “hello.” You will notice your voice changes. 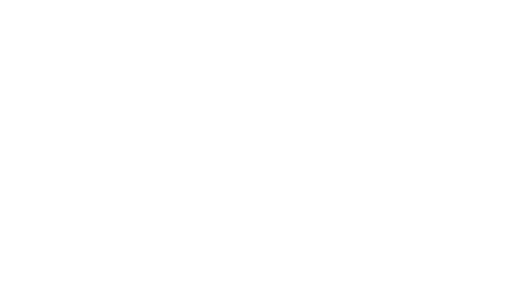 If you have a chance, go check out videos of Sean Schemmel or Mark Hamill in the voice acting booth.

You will see they will often pose, acting out the parts they are voicing to bring that extra bit of electric performance to life.

The best example of this would have to be something completely inhuman. Benedict Cumberbatch would crawl on the floor while voicing Smaug, his head moving with elbows high as he crawled to imitate the positions of the great scaled being as it stalked after Bilbo.

Your body will alter your voice, and as such think of how your character will stand to get the most out of your voice.

My friend, who is a multilingual roleplayer, is a perfect example of how to bring a bit of spice to your character’s voice acting. See, if you speak multiple languages, you will likely drop in bits of the other languages into the local common language. The same way I will drop the occasional “git,” “bloody,” and such… your elf might drop in an Elvish word here or there with Common. Even if you don’t have access to a dictionary in your dialect, you could just “fake it til you make it” by improvising appropriate sounding words when it is called for. Just remember to make it consistent – don’t want to have 16 words for dingbat.

Another trick to forming a consistent personality for your character’s voice is the mannerisms and cadence to your speech. Like Dustin Hoffman in Rain Man and Johnny Depp of Pirates of the Caribbean, the way you say something is as dynamic as what you say. Your character would likely have a way of speaking that denotes their experience.

Military types tend to be brief and to the point. Scholars tend to add superlative facts. The number of ways to spice things up is endless. Elves have often been described as aloof, dwarves as gruff, and orcs as brutish. Your voice acting could be the perfect venue to bring these traits to life. It is a stage, the spotlight is on you – let your character’s soul shine through.

How to learn voice acting

This may just be a continuation of the how to voice act section, but I feel putting a few sources of advice in its own section is a good thing.

There are my thoughts on the importance of voice acting as a way to step up your roleplaying game. The amazing part of voice acting is anyone can do it. My friend Rob is an amazingly talented roleplayer but is a noob nonetheless. He started voice acting his characters without anyone prompting him. It was great, sometimes funny but always fun, and brought him to the next level to the delight of our entire gaming table. You can do the same thing at yours!

I would love to hear about how you bring your characters to life, and ways you developed the character’s voice. What gaming live streamer is your favorite? Do you have a favorite technique or teacher/guide? Let us known in the comments below.

Play on PS4 or PS3? How about Destiny 2? Did you know Nerdarchy has a community and clan that plays together often? Go ahead and search in the community section for Nerdarchy and for the player Nubz_The_Zombie!

Did I miss something? Have any Questions or Comments? Feel free to message me at www.facebook.com/NubzTheZombie or at nubz.the.zombie@gmail.com. I am now on Twitter too: @nubzthezombie