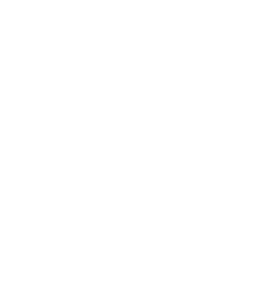 Critter Corner: Discussing Critical Role Episode 4
ZOECon and Me, A Quick Look Ahead at the Zombie Orpheus Entertainment Convention

Greetings all! Welcome to my third installment of Fantasy Grounds College, get to know our staff. My third interview is with a veteran member of the FGC, Dragon. A Game Master and professor, he can be found speaking third person (as all venerable dragons do) in our Discord server teaching classes and passing on his infinite wisdom to all those who will listen.  In addition to his relentless dedication to the students at Fantasy Grounds College, Dragon also has an affiliation with Nerdarchy as our representative on their Discord server. He serves as our onsite expert for Fantasy Grounds College in their #Fantasy-Grounds channel under Virtual Tabletop.

Even though Dragon is… well, a dragon, he is a wise, kind, elder wyrm. Unlike others of his kind, Dragon shares his vast wealth and treasure, instead of hoarding it. You can always find him willing to help and is often found running ad hoc training classes for new members, when time permits. Here’s what he had to say during our Q&A:

Well let’s be clear here, one does not *play* Fantasy Grounds. It is a platform that is used to facilitate playing traditional paper and pencil (PnP) role playing games (RPGs) online. That being said, Dragon has been peripherally aware of Fantasy Grounds since the Spring of 2014 when SmiteWorks became licensed to carry Dungeons & Dragons modules and content. This was an intriguing tidbit, but not being involved in an online game at the time there was no need to investigate further. After becoming involved in a few online groups, somewhere in the fall/winter of 2016 (right after Carl Pinder joined SmiteWorks) the demo version was downloaded, the Wine installation process was worked through, and Fantasy Grounds began to be explored in earnest. Initially confused by the complexity of the platform, Dragon was underwhelmed due to lack of understanding. Regardless, an Ultimate license subscription was started, even though It seemed the learning curve was overly steep, and indeed it was referred to it as a “learning wall”

At the end of July 2017, there was this post on the Fantasy Grounds forum from this guy who was starting a Fantasy Grounds “church” (because it was on Sundays). Dragon showed up the second or third weekend this group was meeting, and found the group welcoming and very informative, and in a matter of hours had learned more through tutelage than through months of trying to figure this stuff out alone. The rest, as they say, is history.

Why not? Having played as both a player and a DM in Roll20, there were some concerns both with the SaaS model, and the amount of effort required to set up encounters and NPCs. After the first time setting up an encounter in Fantasy Grounds (using the SRD material no less) the decision was easy to make, if only there were someplace to learn all the esoteric stuff about the platform.

How did you learn to GM Fantasy Grounds?

Having experienced people teaching specific parts of the Fantasy Grounds platform was invaluable. The other factor is teaching others about Fantasy Grounds, not being satisfied with mediocre performance is an immense motivator to learn what one has to teach.

Probably since somewhere around 1980 – Dragon’s memory is foggy through the ages. But initially everyone shared DM duties because everyone liked to play. Of course, back then, it was all THAC0 and no XP.  Dragon’s longest stint as a DM was the five years between 2006 and 2011, where he ran a weekly D&D campaign for his son and his son’s high school friends, ah those were heady days.

What was the first game you GM’ed for Fantasy Grounds College?

It was probably a pick-up game using an Adventurers League module purchased through the Dungeon Masters Guild web store.  To be honest, Dragon teaches far more classes at the Fantasy Grounds College than he GM’s games. Helping people new to D&D and those new to Fantasy Grounds is a very rewarding pastime.

[NERDITOR’S NOTE: Pick up a whole slew of D&D adventures at the DM’s Guild, and use our exclusive coupon code DTRPG-Nerdarchy for a one-time 10 percent discount on digital orders $10 or more. This code is available at other OneBookShelf sites too, like DriveThruRPG.]

Anything new (or upcoming developments) for Fantasy Grounds College you’re excited to see?

Well, FG Con 12 is coming up April 13-15, 2018. Look for the Fantasy Grounds College to have a strong presence during this virtual, Virtual Table Top event.

Don’t be intimidated by what you don’t know, join our cult, err community and dive in. Download the demo or start a subscription. Fantasy Grounds is really not as hard as it appears. Most importantly, ask us for help – it’s what the Fantasy Grounds College is here for.

Anything additional you would like to say or mention (game or non-game related)?

Just that you thought it would be weird having Dragon refer to himself in the third person. But it wasn’t, until now. Lol.

With that I bid everyone adiéu. Stay tuned for my next Fantasy Grounds College interview. Until then, stay nerdy… and keep making those saving throws!

Play Your Next 5E D&D Game with 6 Epic Weapons Inspired by Hero Forge 5...