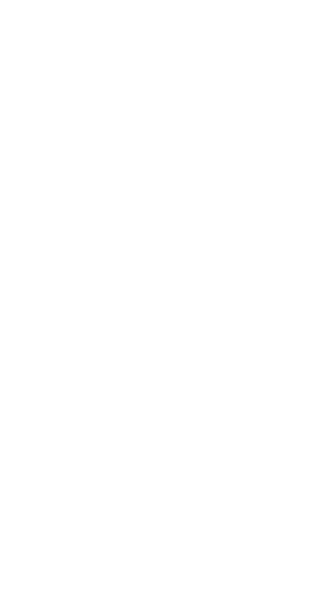 Over at Nerdarchy the YouTube channel Nerdarchists Dave and Ted finish up the video series on go to spells for spellcasting classes for tiers 1 and 2 with the ranger for fifth edition Dungeons & Dragons. During this tier of play from 5th-10th level rangers gain access to 2nd and 3rd level spells. If you are playing a Gloom Stalker, Horizon Walker or Monster Slayer ranger one of your Ranger Archetype features is Magic, and you learn an additional spell when you reach certain levels in the class. The spell counts as a ranger spell for you, but it doesn’t count against the number of ranger spells you know. Features like these across different classes typically include spells not normally found on the class spell list, so in addition to having these additional spells in your repertoire, you get some nifty new options other rangers do not. But what about the original Ranger Archetypes? Let’s create Beast Master Magic and Hunter Magic features for those two Ranger Archetypes!

New character options created since the launch of the 5E D&D Player’s Handbook benefit from concepts developed and lessons learned from play experience. This includes all the third party creators out there (like us!) and also the Wizards of the Coast team too. Looking at sources like Xanathar’s Guide to Everything and the Unearthed Arcana playtest documents we find exciting new character options that focus on different aspects of a class or delve into entirely new territory. In particular, all three official Ranger Archetypes and even the Swarmkeeper get extended magic and spells. On a broader scale, Sorcerous Origins beyond the PHB also get expanded spells.

The original cast from the PHB won’t stand for it any longer! Let me present to you expanded spell lists for Beast Master and Hunter rangers. These options, like magic for Gloom Stalker, Horizon Walker and Monster Slayer rangers, accomplish two goals. First, they provide these rangers with extra utility. They also help zero in on what the subclass is all about.

So let’s get into it and come up with Beast Master Magic and Hunter Magic you can drop right into your game. Dungeon Masters might consider allowing this homebrew option for ranger characters, and players make sure to check with your DM to see if it’s okay to expand your ranger spellcasting this way. Note all the spells on these expanded spell lists are part of the free Basic Rules and none of them are on the standard ranger spell list. One of the guiding principles for the 5E D&D design team is presenting new options that don’t require players to access multiple sources, so you won’t find spells from Xanathar’s Guide to Everything but there are also spells in the Player’s Handbook that do not appear in the Basic Rules, like ray of sickness.

“The Beast Master archetype embodies a friendship between the civilized races and the beasts of the wild. United in focus, beast and ranger fight the monsters that threaten civilization and the wilderness alike.”

Starting at 3rd level, you learn an additional spell when you reach certain levels in this class, as shown in the Beast Master Spells table. The spell counts as a ranger spell for you, but it doesn’t count against the number of ranger spells you know.

For these spells I leaned into the notion of a Beast Master using magic in unison with their Ranger’s Companion and extended the idea to include fellow adventurers. Other party members are also companions, and I consider the beast companion as the Beast Master’s weapon. I thought it would be fun for the Beast Master to consider the other party members as their weapons and tools as well, so this Beast Master Magic is all about buffing up those extensions of the ranger’s reach. It was a tough call between warding bond and enlarge/reduce but I went with the former because it feels more inline with the other spells on the list, mystically buffing a creature rather than anything with a distinct physical or visual change. And then of course at the highest levels a Beast Master ranger can awaken their Ranger Companion. That’s a no brainer.

“Emulating the Hunter archetype means accepting your place as a bulwark between civilization and the terrors of the wilderness. As you walk the Hunter’s path, you learn specialized techniques for fighting the threats you face, from rampaging ogres and hordes of orcs to towering giants and terrifying dragons.”

Starting at 3rd level, you learn an additional spell when you reach certain levels in this class, as shown in the Hunter Spells table. The spell counts as a ranger spell for you, but it doesn’t count against the number of ranger spells you know.

This collection of spells turned out some unusual choices. For Hunter Magic I took great inspiration from the text about learning specialized techniques to fight the threats you face. The regular Hunter features do a great job giving rangers combat tools to fight particular sorts of monsters so I approached Hunter Magic with two considerations. First, giving these rangers some magical support to aid their hunting and second providing some noncombat utility options. Settling on magic missile for the first spell on the list opened the door for keeping an open mind going forward. On one hand it reminded me of first edition AD&D rangers, who could cast magic missile along with some other wizard spells. It feels thematic here as one of those specialized techniques. Some monsters a Hunter hunts have defenses against weapons and damage types, and a Hunter with a special trick to unerringly hit a target with magical force damage feels reasonable. From this point, Hunters took on a magical quality to me. The rest of the spells I imagine would come in quite handy for a Hunter to navigate the wilds and interact with entities encountered out there.