Helping to run a small business dedicated to tabletop roleplaying games puts me in a position to think about RPGs. A lot. While I consider myself far from an expert game designer or theorist I’ve got to assume writing, editing, planning and considering these games leaves me with at least a little insight and today I want to share a profound moment from my RPG experiences. A while back I wrote about how the best RPGs let you know clearly up front what the game is about. The post found traction and stimulated good conversations. The idea for that post came after reading an early backer version of Vaesen — Nordic Horror Roleplaying and you can check it out here. I bring it up because this post also comes from ideas inspired from the same rule book. One small sidebar in one of the mysteries included with the game changed my whole perspective on verisimilitude and reminded me the importance of remembering we’re still playing a game. So let’s get into it.

GM tips for the RPGs we play

What could this sidebar reveal to bring out a sea change in how I think about RPGs? What could be said about tabletop RPGs that hasn’t been thought of already? Maybe nothing. The notion probably isn’t anything new or mind shattering but it made an impact on me and maybe it will on you too. Here it is: 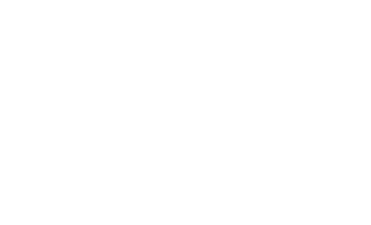 So simple, yet indispensable in practice. I don’t know about you but as a Game Master I feel a responsibility to help provide a rewarding experience for players. One of my core principles as a GM is guiding players to tell the story of their characters. What if their characters want to go someplace I never anticipated? Before the change in perspective this could become a burden sometimes, stretching my imagination and improvisation skills in unexpected ways. Certainly many of these situations result in wonderful moments, but there’s nothing to say an RPG session wouldn’t create equally awesome memories without those exact circumstances.

In my first and longest running fifth edition Dungeons & Dragons campaign the players took a wholly unexpected turn almost immediately after we started playing. They insisted and did their utmost to get out of the safe little town brimming with low level adventure hooks. They went so far as to aggressively break out of the protected village, after learning it was gated and guarded from the rest of the island wilderness because of the extreme danger out there. I rolled with it without regrets and we still talk about that first session to this day.

But what if I’d simply told the players you can get out of town into the wilds, but the game I prepared for you doesn’t have any connection to that area? This is the heart of the disconnect I’ve been thinking about between verisimilitude in RPGs and the game part of them. We strive to collaborate and create immersive scenarios and worlds together, weaving stories as a group within the context of the rules of a game. The narrative component of these games is what distinguishes them from board games and even video games. The players have freedom to make all their characters’ decisions. Can a GM be afforded the same leeway? Put another way, player agency is a vital part of the RPG experience. GMs get to control everything else in the world, and players should feel comfortable with their control over their own character — their link into the world. It seems only fair GMs can have a little too, and feel okay to let the group know they’re not comfortable taking the story in a particular direction.

It’s worth noting when I shared that same shot of the sidebar from Vaesen, a few people chafed at first. One response expressed they felt like they’d be wasting the players’ time by incorporating such language during a game. But wouldn’t it instead save time, I asked? If the party goal is to solve a mystery and there’s no clues to be found where they want to go, there’s no harm letting them know they’re barking up the wrong tree. Sure, you could shuffle things around and put a clue in the other place, or make up something on the spot for players to engage. Or if you really want to stick with the Yes And method keep it simple: yes you go there and you don’t discover any clues. Easy peasy.

The idea of tempering verisimilitude against playing a game manifests in other ways too. A conversation I read on social media recently started when someone expressed frustration as a GM when players rely on game mechanics more than immersive storytelling and narrative. The example they used to illustrate the point was checking for traps, a fairly common activity in D&D. In their game they preferred players explain where and how a character looks for and disarms traps. This GM feels it is important to the game experience for players to inhabit the setting and dive down into the role their character represents — not the party role like warrior or trap finder but the role as an individual living in the world. I totally get this and dig this kind of play myself, but it begins to stray into that area where the line between player and character blurs too much. In the same way I’m not a swordmaster or professional singer, I have no idea where cleverly disguised traps might be, how they’re set up or how to disable them. This is why games have rules and mechanics.

Verisimilitude through boxed text (what?!)

One last related point I want to mention comes after watching a YouTube video sharing tips for running published RPG adventures. A significant portion of the video covers things to avoid and one of them includes reading boxed text. The video strongly advises against this, a sentiment shared by a large number of gamers out there. I must tell you I’m a big fan of boxed text. I’m rolling this into the broader exploration here because the video I watched in particular suggests reading boxed text to players makes games less immersive. I completely disagree with this notion.

Boxed text included with published content lets players and GMs alike understand the important parts of that particular game because again, as immersive and realistic as we seek to portray our games and storytelling they remain just that — games. We joke a lot at Nerdarchy about how players take interest in the most unimportant things at times, often leading campaigns in vastly different directions. Players take a GM’s words with great import, considering whatever we say as fundamental to the campaign experience. In light of this, where’s the harm in trusting the adventure designer to let you know the most important details to share with players? The contents of a room, a vibe coming off a chamber or the sun dappling the leafy canopy of the forest convey meaning and context for players to use for decision making. Sure, some boxed text gets a little long in the delivery but at the end of it all you have to do is ask the players what they do and go from there.

The end of the boxed text indicates the part of the game where the players act. In fact when it comes to 5E D&D at least (and many games operate under this basic structure) the rules explicitly state this is the procedure of play.

Part 1 is where the boxed text resides. It’s a core part of the game, so live it up! In your games the concept of boxed text might be a few bullet points you don’t want to forget, a monologue from a quest giver or villain or maybe your campaign starts after you narrate to the players how the entire multiverse is in peril and it’s up to them to save all existence. What do you do?

One last plus when it comes to boxed text is you get to develop your GM voice when you read these. I’ve been working on mine for years. It’s part game show host and part wizened sage. I think players appreciate it because it’s overly dramatic, over the top and fun. Does it increase the appearance of being true or real? I can’t say for certain but there’s plenty of verisimilitude between narrating text to make for a well rounded session of a game because after all, that’s still what we’re doing.