For everyone who’s ever wanted to play a superhero in fifth edition Dungeons & Dragons now you can thanks to Tasha’s Cauldron of Everything. (Maybe not literally any superhero.) I’m a firm believer in the sorcerer as the premier superhero archetype maker. If we’re talking flavor for a fantasy world superhero, the Psi Warrior Martial Archetype for the fighter is second to none.

Psi Warrior is a superhero. Fight me.

With its focus on telekinesis for battlefield control the Psi Warrior fighter pulls triple duty moving allies, placing enemies and altering the terrain itself. Everything about this 5E D&D subclasses’ features fit archetypical maneuvers performed by superheroes. When you combine these additions with the new tools included for fighters it really feels like Wizards of the Coast is moving to expand 5E D&D’s genres outside traditional fantasy. Not the least of these is the much anticipated inclusion of an unarmed fighting style and a feat to allow anyone, regardless of class, to gain a fighting style from the fighter’s class feature. 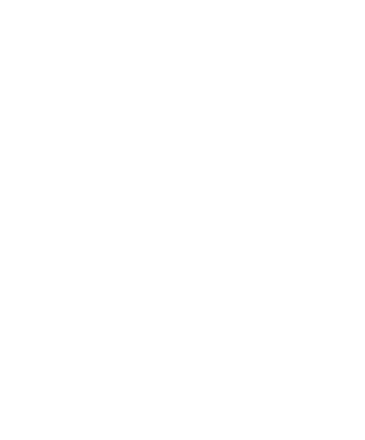 A Psi Warrior fighter as seen in the fifth edition Dungeons & Dragons Tasha’s Cauldron of Everything. [Image courtesy Wizards of the Coast]

Right from the start with the Psi Warrior, the fighter gains not one, not two, but three new subclass features! This feels positively super, but before you insist that three features is too many, bear in mind that all of these require expenditure of a new resource called Psionic Energy dice in order to use.

The mechanic of Psionic Energy dice feels very right on a mechanical level and the fact you gain these back on a short or long rest hearkens to the monk’s ki, at least for me. This mechanic coupled with the subclass feels like a natural progression of the classes in fourth edition D&D that combined heavy armor, martial weaponry and psionic power.

The 7th level Telekinetic Adept feature works to augment the fighter’s physical capabilities to superhuman levels. These two features were what really sold me on the superhero flavor. Between flight and sending someone else flying I literally can’t get images of Superman out of my head with this one.

For 10th level, we get the crux of psionic defense — Guarded Mind — and the notion you can use your psionic powers to shrug off mental influence is so damn heroic, I can’t even with this one.

When you reach 15th level you literally use force fields to protect your allies with the Bulwark of Force feature. Once again the 2000’s Justice League cartoon comes to mind with Green Lantern protecting his friends in bubbles of force energy in his signature verdant aesthetic.

Telekinetic Master at 18th level represents the quintessential feature to cements that, yes, this is a psionic character with the ability to use literal telekinesis. If you want to add a dash of Superboy to the mix make it tactile telekinesis, where it looks like super strength. Maybe you throw the giant boulder or dumpster at the enemy. The effect is the same but the sheer visual you instill strikes fear in your enemies’ hearts.

Whether hero, villain or somewhere in the middle, the Psi Warrior Martial Archetype embodies the word super. This class lets you do all the crazy and powerful things superheroes do in the comics, with a psionic flair for good measure.

No subclass truly dies in Tasha’s Cauldron of Everything

Part of why I’ve never played a Battle Master is it felt a bit generic. Tasha’s Cauldron of Everything lampshades this in the best way possible. Rather than deny the class is relatively flavor neutral it embraces it with a section explaining the Battle Master is a sort of build-your-own Martial Archetype fighter subclass.

Archers, lancers and even pugilists are possible given the right combination of Fighting Styles and feats! I love how this section shows how to build archetypes and encourages the use of a (optional) rule most use but fewer see the true potential within.

What’s more this book adds new maneuvers to flesh out the already expansive list of maneuvers Battle Masters can pick up. This is something I’d love to see more of — offering additional choices for subclasses that require a choice of features. Not gonna lie, I think this would be a fantastic option for breathing new life into the Way of Four Elements monk, if not a total rework, but that’s neither here nor there. If you want to see how I would rework such a thing, you can find a post about it here.

Another aspect of the fighter section I absolutely loved and ties into this discussion is the inclusion of new Fighting Styles. Some, like Blind Fighting, Thrown Weapon Fighting and Unarmed Fighting feel like natural additions and I often asked why they didn’t already exist previous to this book. Others like Superior Technique do something totally different, allowing you to splash a bit of a subclass while still taking a different choice. This is something I would love to see more of as well — incorporating the ability for certain classes to splash other subclasses they didn’t choose.

Though others fit the bill for certain superheroes (looking at you, Blind Fighting to make Daredevil), the inclusion of Unarmed Fighting is incredibly welcome. I can’t think of a single superhero who hasn’t thrown a punch at some point. (Let me know if you think of one in the comments.)

Tasha’s Cauldron of Everything is super!

Did I convince you the Psi Warrior and other fighters are the new template for superhero in 5E D&D? What do you think superheroes would look like in a fantasy world rife with magic? You can pick up Tasha’s Cauldron of Everything on D&D Beyond and in hardcover.