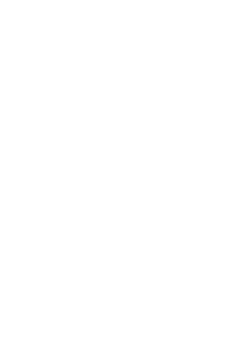 Rot From Within D&D Adventure Trilogy Review
Homebrew Review: D&D Xanathar's Lost Notes To Everything Else from DM's Guild

We can thank Wizards of the Coast senior director Nathan Stewart and franchise creative director Mike Mearls for revealing the next fifth edition Dungeons & Dragons book during the Fireside Chat on the D&D Twitch channel Friday, Feb. 2, 2018. And today we got the official announcement from WotC about Mordenkainen’s Tome of Foes!

Preorders for the book are already available on Amazon and D&D Beyond, so D&D fans can already get on board whether you prefer a physical copy, digital version or both. Like Volo’s Guide to Monsters and Xanathar’s Guide to Everything Else, the Tome of Foes, the upcoming Tome of Foes blends new content for players and Dungeon Masters with lore and narrative tips, tricks and suggestions.

The model of content creation for D&D is helping to grow and expand the game in new and innovative ways, offering players new perspectives on not just what kinds of campaigns to run, but different ways to approach the game. This story-first focus has proven to absolutely electrify the gaming culture, bringing countless new players to the world’s greatest roleplaying game, and we couldn’t be happier about it.

“One of the most powerful wizards in the Dungeons & Dragons multiverse shares some of his hard-won knowledge with fans in a new book full of lore and monsters for D&D fifth edition. Mordenkainen’s Tome of Foes is available everywhere on May 29, but you can pick up a limited alternative cover in game stores on May 18, 2018.

Mordenkainen hails from the City of Greyhawk, but over the eons he has expanded his mastery of the major conflicts in the multiverse. Similar to 2016’s Volo’s Guide to Monsters, Mordenkainen’s Tome of Foes not only contains everything you need to run challenging new monsters at the table with your friends but also provides tons of storytelling information on some of the most contentious relationships in the multiverse. You’ll learn more about the schism between drow and other elves, githyanki and githzerai, and dwarves and duergar, in addition to reading about the incessant Blood War between demons and devils.

Players will love to delve into Mordenkainen’s Tome of Foes to search for story hooks to use with their characters, as well as try out some of the player options for races like tieflings and elves, or maybe an otherworldly githyanki or githzerai. Dungeon Masters looking for inspiration and greater challenges for players who have reached higher levels of play will find much to explore in Tome of Foes.” – From Wizards of the Coast’s website

In addition to today’s Nerdy News about Mordenkainen’s Tome of Foes, it is also Kate Welch’s official first day as the newest member of the D&D design team. From everyone here at Nerdarchy, we’d like to extend a huge welcome to Kate. We are incredibly excited to see what she brings to the team. Her impact on D&D culture is already significant through her amazing gameplay as part of Acquisitions Incorporated’s C Team, and she brings a wealth of creativity and design skill to the table.

You can look forward to getting your hands on Mordenkainen’s Tome of Foes in select local game stores on May 18, with wide release on May 29. In the meantime expect to see previews and insights on what we’ll see in the book on Dragon Talk live today at 5 p.m. eastern on D&D’s Twitch channel. And D&D Beyond’s Todd Kenreck will most certainly have a plethora of awesome videos leading up to the release on the D&D Beyond YouTube channel.