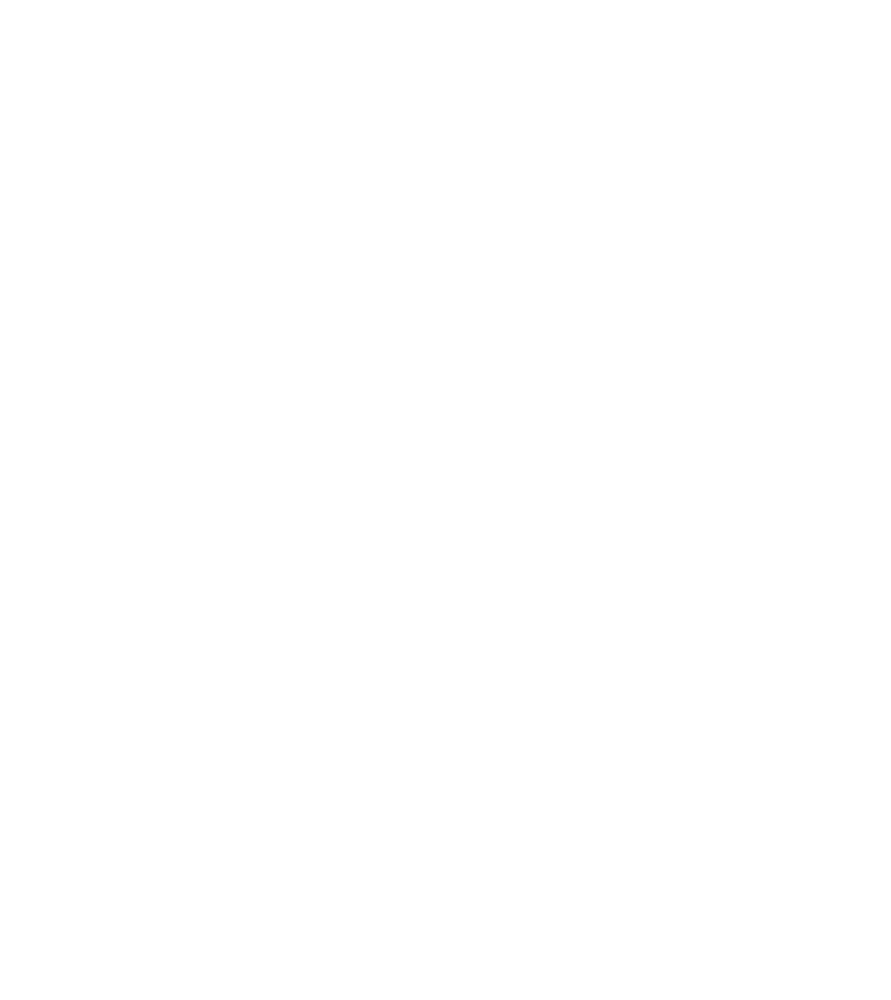 Dungeons & Dragons/ Editorial/ Game Master Tips/ YouTube
Tell Tales of the Old Margreve at Your Gaming Table
Real Treasure in Cawood Publishing's Treasured Finds is Storytelling Gold
Welcome once again to the weekly Nerdarchy Newsletter. You can get the Nerdarchy Newsletter delivered to your inbox each week, along with updates and info on how to game with Nerdarchy, by signing up here. This week we’re sharing our D&D ideas about the latest Unearthed Arcana — Barbarian and Monk from the Dungeons & Dragons team over at Wizards of the coast. We got two new subclasses to take a look at and inspire our games.

As stated earlier the latest Unearthed Arcana gave us two new subclasses. The Path of the Wild Soul Primal Path for the barbarian, and for monk we get a new Monastic Tradition — Way of the Astral Self.
I like to think about how these new subclasses might inform my campaign world. One is based off of a social structure of the barbarian tribe or just tribalism. The other would literally be an organization or religion. Both make for great ways to expand your game world, either by having your players take levels in these new subclasses or by introducing NPCs based on them.
For the barbarian it mentions the Feywild, but they don’t have to be connected to that. Any realm of chaos would work. Either they live near a nexus and absorb the chaotic energies or maybe their ancestors are from a plane of chaos or even the Abyss. Any of these could be inspiration for storytelling or straight up plot devices for your campaign.
The barbarian tribe is charged with making sure horrors of chaos don’t escape into this world from a realm of chaos.
Next up a Monastic Tradition that focuses on bringing forth and manifesting their astral self. Why? To what end? How did this practice come to be? Start answering these questions and I feel like you’ll find some great plot seeds.
What if this order of monks was originally formed to face a menace from the astral plane. Creatures could manifest here like the monks do, but couldn’t be harmed from being on the mortal plane. At least not until the monks learned to summon forth their astral self in order to do battle with these dark beings. With that little bit of history we now need the monster, it’s lore, and what it wanted on the mortal plane.
Perhaps the monastery of this order has a prison holding all of these creatures. What happens if they are released?
These are just some of the ideas that pop into my head when I see new content drop.

Monks and barbarians are great classes and typically miles apart in playing styles. So much so in fact that in third edition D&D monks were required to be lawful alignment and barbarians were required to be chaotic alignment. This meant that unless you had a Dungeon Master who allowed you to break the rules or found some weird way to muck up the system you could never be both at the same time.
Fifth edition D&D does not treat these the same way anymore and I for one am glad. So I present you with the Fisticuffs Rager. I hope you enjoy.

Medium humanoid (human), any alignment
Armor Class 15 (unarmored, natural)
Hit Points 165 (22d8 + 66)
Speed 40 ft.
STR: 19 (+4)
DEX: 14 (+2)
CON: 17 (+3)
INT: 11 (+0)
WIS: 14 (+2)
CHA: 12 (+1)
Skills Athletics +7, Acrobatics +5, Survival +5
Senses Passive Perception 12
Languages Common
Challenge 5 (1,800 XP)
Inner Rage. The fisticuffs rager adds two points of damage to any attack that involves its Strength modifier. It has advantage on any Strength check.
Fisticuffs. Rager is always considered armed and always uses itsbody as a weapon.
Stunning Punch (3/Day). The fisticuffs rager may attempt to stun its target after it successfully hits with a punch attack. Target must succeed on a DC 13 Constitution saving throw or be stunned until the end of the fisticuff rager’s next turn. 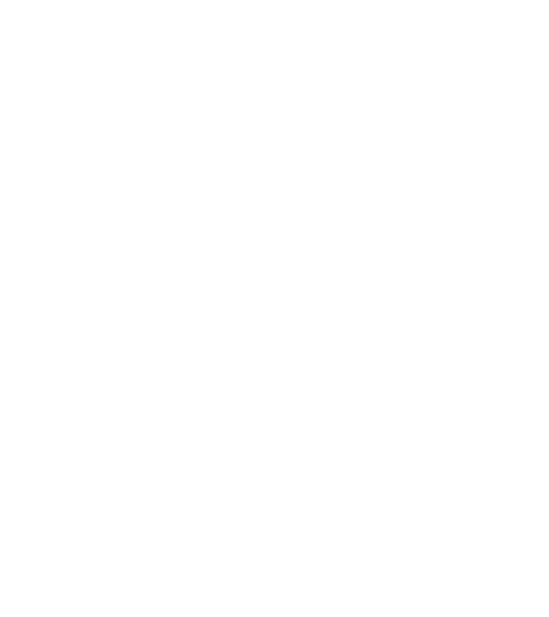 In Eberron, a kalashtar Way of the Astral Self monk may have a very peculiar astral self thanks to their quori spirit. [Image courtesy Wizards of the Coast]

Whenever a new Unearthed Arcana is released into the wild, three thoughts come to mind while reading through the content. First, it’s fun to speculate if the material hints at a future product. Second, what sort of worldbuilding can I glean from them? And lastly how will new features and mechanics expand my own content creation ideas. Our most recent playtest document is Unearthed Arcana: Barbarian and Monk, presenting two new subclasses, Path of the Wild Soul and Way of the Astral Self. There’s a lot to offer for all three things I look for, so let’s get into it.

Maybe it’s wishful thinking, but Path of the Wild Soul right off the bat makes me think a Feywild adventure is in store. Baldur’s Gate: Descent into Avernus is taking us on a planar excursion to an evil and foreboding place, so maybe we’ll get a chance to travel to a whimsical and foreboding place next?
Between the eladrin in Mordenkainen’s Tome of Foes; the College of Glamour and Circle of Dreams in Xanathar’s Guide to Everything; and this magically emotional barbarian Primal Path, there’s a wealth of character options with a distinctly fey quality. Way of the Astral Self doesn’t really support this notion, but with Eberron: Rising from the Last War on the horizon, I could see this as solid fit for that world. Maybe an adventure in Sarlona, or something involving the quori, would be a great home for this Monastic Tradition. A kalashtar Way of the Astral Self monk would be a lot of fun to play.

New character options are a great opportunity to develop your own campaign settings. Even if you create your own adventures taking place in an established setting like the Forgotten Realms, you inevitably make it your own. New character options are a great way to introduce new cultures and organizations into your world.
Wild Soul barbarians don’t strike me as a stereotypical outlander tribe, living off the land a close connection to the natural, primal world. They absolutely can be of course, but for my 2 cp I get a wild rumpus/Bohemian subculture vibe. Wild Soul barbarians feel more like a movement to me, deeply passionate folx totally embracing their emotions and freedom of expression. Their rage translates as more of an intensity of feeling, and I love the manifestation of magical energy brought out through this burst of creative inspiration.
Way of the Astral Self monks gets into multidimensional and metaphysical martial arts, and I love that! Training and drawing on the power of your intangible essence, and then manifesting this in the physical world, makes me think along similar lines as the monks in the Doctor Strange movie. A remote monastery where differently-abled people seek enlightenment and a different kind of power and ability is really cool.
And best of all, incorporating character options into your setting with your own take on how and why they exist can offer a wealth of adventure ideas. A troupe of Wild Soul barbarian artists and performers stopping by town while on tour could make for an awesome Jim Rose Circus atmosphere. The bursts of wild magic could prove dangerous — but the kids seem to love it! For monks, a close NPC friend of the party with a physical ailment may have heard of a place they can find healing or solace, and ask the party to take them there.
For Nerdarchy’s take on introducing a new character subclass through an adventure, check out Fane of the Frost Wyrm in the Nerdarchy store.

The very first thing I check for in any new subclass, whether it’s Unearthed Arcana, something on the Dungeon Master’s Guild or from another publisher, and of course our own Nerdarchy creations is: does the subclass support all three pillars of play?
I see a lot of new character class options that are 100% combat-focused, and many of these are even more focused on the individual character. This is lackluster design in my book. Dungeons & Dragons is a collaborative effort. A character ought to have features to do more than fight, including abilities to help companions and support a team.
Wild Soul barbarians please me with utility features like detect magic and the creme de la creme — the ability to restore spell slots to other creatures. This is huge! Wild Soul barbarians will be every spellcaster’s best friend. Their main feature, Wild Surge, is mostly combat-focused and naturally completely unpredictable, and that’s just fine by me; I was happy as always to see a subclass that does more than simply buff themselves up for a fight.
Wild Soul is also another magical barbarian Primal Path, which I quite like. I’m very happy about how far barbarians have come. Way back in the day they were fur-clad warriors who straight up hated magic (iirc you got extra XP for destroying magic items!). Now, we’ve got barbarians with magical auras of fire and lightning, summoning spirits of the ancestors, and now simply erupting with magical energy. It’s awesome! [NERDITOR’S NOTE: As far as magical barbarian Primal Paths go I’m partial to Path of the Azure but clearly, I’m biased.]
Way of the Astral Self monks is largely combat-focused, but I do like how one whole level-gained feature is totally about social interaction and exploration. If I’m honest, what I really enjoy most about this subclass is the baked in player agency to determine what your astral self looks like.
Something I like about creating new subclasses, which both in this Unearthed Arcana do, is use a class expendable resource in a new way. Rage and ki are both right there waiting for content creators to imagine new ways to use them, and the same can be said of Bardic Inspiration, Channel Divinity, Wild Shape and more.
Until next time, stay nerdy!
— Nerdarchy Team