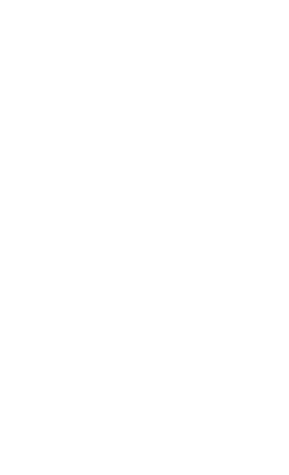 DMing a Killer Mystery Arc in D&D
Once upon a time, book stores were like treasure maps

The man behind the books

Author Fred Saberhagen (1930-2007) must have been a busy person. Not only was he the creator of the Berserker series of science fiction tales, the Dracula sequence of novels, the Books of the Gods series, and a number of video games, but he was also the man responsible for The Book of Swords series which consisted of 11 novels. He even wrote another trilogy, collectively known as Empire of the East, which was vaguely related to The Book of Swords due to the events happening in the same world as The Book of Swords but thousands of years earlier.

You’ve never heard of The Book of Swords? Allow me to educate you.

Imagine a seemingly typical fantasy world in which the

gods, most of them right out of our own historical mythologies, have grown bored and decide to spice things up by creating twelve powerful magic swords, each with unique properties. Then the gods toss those swords down to us mortals, just to see what would happen.

What happens? War, intrigue, betrayal. It gets worse. Eventually humanity learns to turn the swords upon the gods themselves. To their horror, the gods discover they made their swords all too well, and they begin to fall prey to their own creations.

Then there’s the Emperor, a mysterious figure who strolls around a little here and a little there, getting into trouble with gods and demons alike, occasionally playing pranks, occasionally siring a child, all while being the most powerful being in the world. The swords don’t even bring him concern, at least not most of the time.

And let us not forget this world’s history. It is a history of our own world, of Earth. Thousands upon thousands of years earlier, an apocalyptic event nearly wiped out humanity. An intelligent computer system known as ARDNEH managed to just save the world, but doing so created the Change. Basically, magic came into the world and then the gods arrived. It’s all much more complex than that, but you get the idea; besides, I don’t want to spoil any more than I have to.

Books and swords and books about swords

Despite the series being known as The Book of Swords, it actually consists of 11 novels. The original three books make up a trilogy, while the other eight books are individual tales, each novel focusing more or less upon one of the twelve Swords of Power. The first book, titled The First Book of Swords, came out in 1983. The final novel, titled The Last Book of Swords: Shieldbreaker’s Story, was published in 1994. As can be expected, these novels have been brought together in various trilogies and collections.

In addition to those original books, in 1995 was published An Armory of Swords, a collection of short stories from various authors with Saberhagen acting as the editor. Also, a video game for the series had been in the works early on, but apparently this fell through.

Concerning the swords themselves, as mentioned, there were 12 of them. Here are their names:

The Swords of Power

Sometimes these swords were known by other names, but the above are the most common. Each sword gave its wielder unique powers, quite strong ones, related to the name of the sword. On more than one occasion in the novels, interesting clashes would occur when one wielder would bring a Sword of Power against someone else with such a weapon. Sorry, as I won’t go into detail on all the abilities of the swords, as that might ruin some of the reading fun for those who seek out these books.

To my knowledge, there is not a tabletop role playing game for the Book of Swords. This is a shame. This series of fantasy novels would be perfect for an RPG, tabletop or digital. Someone make this happen. Please? Mearls, are you listening?

Even if not made into its own game, the Book of Swords provides a world which would make an excellent campaign for Dungeons & Dragons. Mighty warriors, mages, assassins, castles, monsters, it’s all there, though there wouldn’t be all the races that exist in a traditional D&D setting, humans dominating by far in the Book of Swords.

Imagine the fun players could have trying to find and collect the swords? Of using the swords? Mayhem might ensue, as it often does in the novels. This could be the stuff of fantastic adventures.

I’ll sign off now, but I hope I’ve given readers an interest in this series. It deserves to be remembered, to be read again and again.