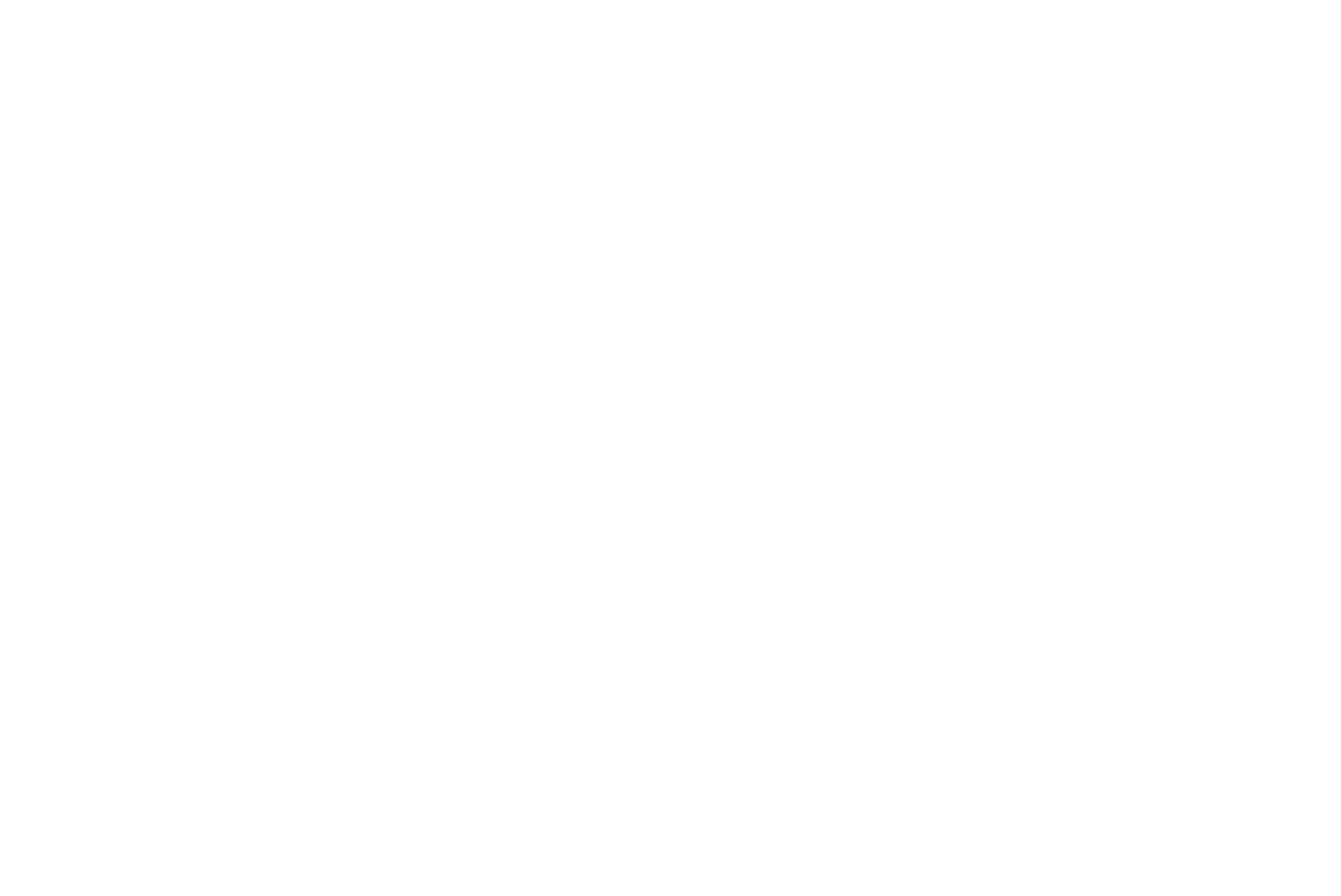 Recently I heard someone mention cover in the context of fifth edition Dungeons & Dragons and it got me thinking how this mechanic harbors some pretty potent defenses. There’s not a lot of material regarding cover in 5E D&D and yet what is there presents a wealth of opportunities for Dungeon Masters and the rest of the players in the game. Let’s get into it.

Rules for cover evoke immersion and strategy in 5E D&D

If I’m honest my favorite parts of 5E D&D rules come straight out of the Basic Rules. Beyond all the additional rules and options found in every single official title — not to mention the unfathomable amount of third party content (including our own!) — the heart of the game lies in the freely distributed package from Wizard of the Coast. Fans of funny shaped dice can roll them for their rest of their lives without spending a dime on any other material and never run out of fresh new scenarios to explore during games.

And yet despite this so much of the game goes unused or under utilized by huge numbers of players, at least in my experience. Cover represents one such module of rules content found in chapter 9: Combat of both the Basic Rules and the 5E D&D Player’s Handbook. The section detailing the ins and outs of cover is super small. Based on how it appears on my beloved tablet I’d estimate a creature using the section as cover would receive only about half cover from the text showing on the screen.

While the section on cover might be short on quantity it’s rich in quality and especially for a word nerd like me every word counts. Right off the bat cover indicates how physical objects can provide it during combat. These physical objects of course include things like walls and trees but crucially important is how creatures can also provide cover. It’s important to note how cover only benefits a target when the obstacle comes directly between the origin of the danger and the target. But already there’s a tremendous potential benefit when it comes to positioning. Whether you enjoy 5E D&D with all the trappings like maps and miniatures or run games completely through theater of the mind this creates circumstances for truly dynamic scenarios.

Imagine a creature grappling another creature. This is a very common situation and many monsters especially include attacks with a grappling effect tacked on. Players often perceive the grappling mechanics as less than amazing or useful but consider this. A character grapples an opponent and holds them in place with the grappled creature between themselves and any other enemies. At the very least this very reasonably provides the grappler with half cover — the lowest of three degrees of cover. Similarly a small creature like a halfling can almost certainly take advantage of cover by positioning themselves and perhaps even use their own allies as cover! Halflings can move through the spaces of larger creatures without issue and it’s far from a stretch of the imagination to believe one could very easily gain cover from even a medium sized ally.

“A target with half cover has a +2 bonus to AC and Dexterity saving throws. A target has half cover if an obstacle blocks at least half of its body. The obstacle might be a low wall, a large piece of furniture, a narrow tree trunk, or a creature, whether that creature is an enemy or a friend.”

How good is a measly +2 AC bonus? According to official material there’s only six magic items providing the same bonus to AC. Two of the items are rare (arrow-catching shield and shield +2), two are very rare (armor +2 and dwarven plate) with the remaining two legendary (obsidian flint dragon plate and shield of the hidden lord). Think about this. Granted these magical armors include additional protection by their nature and of course come packed with additional features in most cases but the actual magical protection bonus sits at least in the rare range.

Contrast this with half cover, which means a clever character can potentially gain a similar AC bonus simply by taking advantage of their surroundings. And half cover does even more! Flat bonuses in 5E D&D are about as rare as that dwarven plate to begin with and ducking behind a tree or overturned table grants a significant bonus to both AC and Dexterity saving throws!

It might not negate damage from magic missile but a +5 bonus to AC is enormous! This goes far beyond the limits of bounded accuracy, which soft caps bonuses at +3 when it comes to things like magic items. Other than the shield spell I can’t even think of another mechanic providing such a huge bonus to anything. (I think there’s some recent Unearthed Arcana material that would result in big bonuses like this but they’ll likely get scaled down for any official release.)

Gaining three-quarters cover does not even seem very challenging. Standing behind a portcullis or a thick tree trunk are not obscure objects or edge case scenarios either. Using those examples makes it quite easy to conceive an almost limitless variety of obstacles capable of providing this degree of cover. How many times do rogues Hide in combat? Now imagine every time they do they’ve achieved this degree of cover — and that’s assuming some part of them remains visible! A rogue ducks behind some stacked crates and peeks their head out from the shadows. They’re undetected and even an area effect or blind attack in their direction gives them an amazing bonus to AC and Dexterity saving throws.

“A target with total cover can’t be targeted directly by an attack or a spell, although some spells can reach such a target by including it in an area of effect. A target has total cover if it is completely concealed by an obstacle.”

Here is the ultimate expression of cover. Unless the origin of the attack or effect has line of sight they straight up can’t even consider a creature with total cover as a viable target. This is perhaps the most obvious degree of cover and the one most at work in 5E D&D games I’ve participated in. During those scenarios it’s never even referred to as cover in my experience but rather simply common sense.

Cover illustrates the beauty of the basics in 5E D&D

I enjoy digging into the basics like cover and other core components of 5E D&D because they remind me how expansive and robust the game is even without any of the extras created as the game’s lifespan lengthens. Literally every single day I come across at least one instance where someone asks how to make their combat encounter more dynamic or how to play more tactically or how a snazzy new homebrew class or subclass provides an amazing new path to power for players. Many times these questions and comments come directed at Nerdarchy specifically. We especially love interactions during our live chats like the topical ones we do every Monday evening and the weekday Live Chat Revivified segments where we invite creative folks and industry professionals to talk nerdy for an hour.

Despite or perhaps because of how many years we’ve been at it and keeping up with developments in the 5E D&D space my first stop whenever I’m researching a topic or answering a question is those good old Basic Rules. It’s not only important to me to reinforce how the core content remains relevant and useful but also frankly it’s cool to me how so many questions and curiosities can be satisfactorily addressed by the most basic package of 5E D&D rules.

Cover represents one such component and I feel like a huge swatch of players would find their games instantly more engaging by refreshing themselves (or maybe even familiarizing for the first time) with this mechanic. I’ve expressed countless times here on the site and in videos how I’m not a precision player who crunches numbers and hits the sweet spot of optimal effectiveness whether I’m playing a character or running the game as DM. For me the rules for cover speak more to my imagination and how this module of mechanical content can help with what I feel is the most important part of 5E D&D or any RPG — the immersion.

The juice for me is imagining the world around the characters and how they interact with it so something like cover is fantastic. If I describe the surroundings and combat ensure within the space where players begin engaging with what’s around then this is a tremendous success. Cover makes for an incredible reward for this kind of engagement. I would be thrilled for players to use the terrain to their advantage, position themselves in thoughtful ways and even use their allies and enemies as touchstones for cover. Thankfully my 5E D&D experiences are almost always with players who are more or less on the same page as me and would see these scenarios as opportunities to create amazing memories more than crunch enthusiasts who would engage their surroundings purely for the mechanical benefits.

Do you use cover in your 5E D&D games? If you don’t have I sold the sizzle for you and you’ll keep cover in mind during your next game? I feel like incorporating cover more often can make combat very engaging and interesting for both sides. Highly skilled enemies like hobgoblins would absolutely make use of these tactics. Even something like a mimic with a character stuck to it by its Adhesive trait could grant the monstrosity half cover if the stuck character stands directly between the shapechanger and their allies. So take cover in your next 5E D&D game but watch out — the monsters can take cover too!

*Featured image — The streets of Shadycreek Run provide ample opportunities to take cover. The lookout has three-quarters cover for sure. [Image courtesy Wizards of the Coast]