Play Your Next 5E D&D Game as a Grung Grappler

Over at Nerdarchy the YouTube channel Nerdarchists Dave and Ted take grab onto a small idea for a grung grappler Character Build Guide for fifth edition Dungeons & Dragons. The 5E D&D Tiniest Wrestler CBG holds on tight to this concept from character creation to 20th level while the special NPC or creature version inspired by the character build for Dungeon Masters ready to drop right into your game stands tall in the center of the arena as a main eventer. So let’s get into it.

Behind the CBG — Tiniest Wrestler

Our CBGs take the journey into account as much as the destination to present a guide suitable for any level of 5E D&D play whether you’re pursuing an epic campaign from start to finish, starting beyond 1st level or choosing a character for a one shot. Next we take those concepts and develop an NPC or creature version of the character build for DMs to incorporate into their games. All of this gets packaged up and laid out in a PDF you can find over at Dungeon Master’s Guild. We’ve got dozens of pay what you want products at DMG, many of them best sellers so if you want to check those out start with the Tiniest Wrestler here.

Every CBG starts with an idea for a character with a particular schtick, from the Mind Breaker’s psyche crushing smites to the Tiniest Wrestler’s iron grip on opponents. Sometimes puns and pop culture references instigate the creation of a CBG too and this one leans into the silliness as a Small character with big ambitions. The narrative arc and personal motivations for the Tiniest Wrestler began as a tadpole of an idea but took off after refreshing ourselves with the Climb onto a Bigger Creature guidelines in the Dungeon Master’s Guide. From there we kept our eyes on the prize and looked for any tricks we could grab onto for helping this little grappler take on the biggest opponents. Some unusual multiclass combinations arose and we came up with a fun skill set. As DM’s Guild Brand Manager and longtime Nerdarchy friend Lysa Penrose puts it they’re each like their own unique class for 5E D&D.

The Tiniest Wrestler became a character who compensates for their Small size through magical enhancement and an Action Option from the DMG to help a Small or Medium creature make successful grapples against Huge or Gargantuan creatures. Basically we aimed to make the most use of a grung’s Poisonous Skin by choosing options allowing the character to stick on opponents and leap about unimpeded. We envision this future main eventer starting off all on their own and responsible for providing their own ring attire, entrance music and special effects as they travel from venue to venue.

Whenever we reached a decision point, whether in terms of multiclassing or making a class feature choice we asked ourselves what option gives this character opportunities to grapple bigger and better. As the Tiniest Wrestler advances they continuously increase their grappling prowess along with buffing powers to make their combats a spectacle to behold. 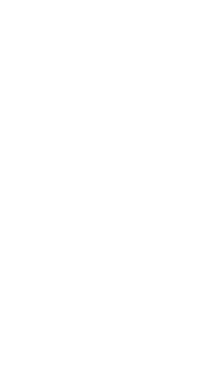 Full disclosure — the NPCs and creatures we make in CBGs are some of my favorite bits of 5E D&D content to create. Basically we step back and look at the character guide to find the standout features, the ones that feel like signature abilities. The juice! From there we consider what sort of person or people would possess or gain these abilities and build a stat block around them. More often than not the section of a CBG For Dungeon Masters presents a generic creature. For the grung grappler we drew inspiration from the world of sports entertainment. The Main Eventer enters combat with a wild variety of features to put on an unforgettable exhibition.

Top of the Card. The fantasy sports entertainment industry sees a lot of unusual participants but the main eventer takes the gold for the most unexpected grappler. Adventurers facing off in an arena exhibition against such a top biller would be foolish to judge the tiniest wrestler on their size!

If your next 5E D&D game needs a character to get a tight grip on enemies and climb all over them with Poisonous Skin — whether you’re the DM or a player — check out the Tiniest Wrestler CBG here.