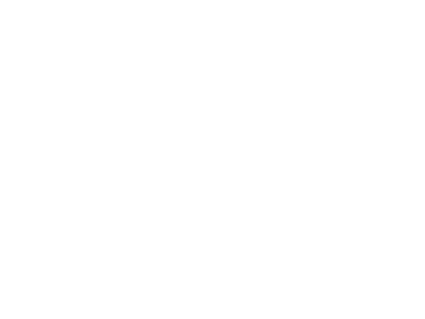 Over the weekend there was a conversation on Twitter that really got me thinking. Titan Gaming asked RPG players how they decide when to cast their characters’ highest level spells. The proceeding conversation included terrific insights and perspectives from a handful of people and stayed on my mind for the next couple of days. So when it came time to sit down and get something written I felt like it was worth exploring what else there is to unpack. D&D spells are an expendable resource, and spellcasters have a multitude of things to consider when choosing and casting them. But they’re not the only ones. Every class has some form of resource management in D&D — some much more than others — and choosing when to expend these resources can involve a number of considerations. Whether a player holds back the good stuff for the inevitable dungeon boss, leads into an adventure with shock and awe, or waits for the right narrative moment to unleash their power, is resource management in D&D a form of metagaming? Let’s get into it.

TTRPG Spellcasters:
How do you decide when to use your highest level spells? How do you get around worrying you’re wasting your best magic before the “optimal time”?#ttrpg #rpg #dnd5e

Does your fighter know they can dig deep and reinvigorate themselves at will, needing either a 1 hour or 8 hour rest period before doing it again? Are bards aware of the limits of their own charm before they, too, need a solid night’s sleep to replenish? Maybe the barbarians’ secret isn’t they’re always angry, only a handful of times each day (except those who reach the pinnacle of barbarianism).

And do rogues everywhere smirk from the shadows at their companions struggles with resource management, because they can do the stabby thing ad infinitum?

The answers to all of these are, of course, maybe…?

From the perspective of a D&D character, they’re generally aware of the skills, abilities and powers they tap into for adventuring. Trained warriors might not explicitly learn a technique called Second Wind, but they are trained to push themselves in battle. Think about a character like Rocky Balboa or Adonis Creed. In their films, these characters are most certainly fighters. Part of their training and experience is developing mental as well as physical strength.

“The world ain’t all sunshine and rainbows. It’s a very mean and nasty place and I don’t care how tough you are it will beat you to your knees and keep you there permanently if you let it. You, me, or nobody is gonna hit as hard as life. But it ain’t about how hard ya hit. It’s about how hard you can get hit and keep moving forward.” — Sylvester Stallone, Rocky Balboa

I don’t know about you, but Rocky’s philosophy sure sounds like the kind of thing a D&D fighter might recall from their own days training. When the chips are down, allies are counting on you and you just took a wallop of a hit from a monster, Second Wind is the fuel to keep you moving forward. But when is the best time to use it? Should you save it for a big encounter, or tap it early on? From a mechanical or metagaming perspective, I can’t tell you. My instinct tells me it’s good to use Second Wind when you’re down about half your total hit points.

In a metagaming sense you might hang onto your Second Wind until a big encounter, as an emergency backup. Knowing a traditional D&D adventure presents a series of challenges requiring resource management before a more dangerous encounter at the end is in some ways what makes D&D…D&D. But holding onto your juicy stuff can make sense from a narrative perspective too. It’s reasonable to assume a powerful creature — a final encounter in a dungeon comes to mind — will hit much harder. An experienced warrior would be aware of the likelihood, especially having survived several earlier adventures.

How about the bard from our opening example: is it metagaming to know how much juice is left in the Bardic Inspiration tank? I would say yes, particularly in contrast to something like the fighter’s Second Wind. Being a performer takes a lot of endurance, and being an adventurer is like being on tour. You can rock the house nightly, but you can only do so many encores before you don’t have anything left to give. An hour of rest won’t cut it for going on to play another set the same night.

Here again, from the character’s perspective, keen awareness of resource management isn’t metagaming, it’s the character knowing their own limits. And the more seasoned the adventurer, the more in tune with their capabilities they’d be. An adventuring bard recognizes when it’s time for curtain call. But they also know the show must go on, and saving the last ounce of showmanship for when all seems lost sounds like reasonable resource management to me.

Finally, our barbarian and their finite rage. Surely it’s metagaming to decide when to get primally angry based on a player’s knowledge of how precisely how many more uses of Rage are left before they’re too pooped to get upset. This one frankly is a bit trickier to justify, in terms of resource management from a character perspective. On the other hand, at some point in the adventure a character might come to understand the dynamics of the dungeon. The obstacles in the party’s path were really frustrating, and unleashes your primal ferocity on the creatures causing you strife back there felt great! But the player is down to their last Rage and resting for 8 hours doesn’t seem likely. That can get a barbarian’s blood boiling, too. Who’s in charge around here, and why are they making things so darn difficult? You vow, when the party encounters whatever villain awaits, they’ll know the last of your Rage.

As mentioned earlier, all of the classes have to deal with resource management (except just about every flavor of rogue) and deciding when to use these limited abilities can sometimes feel like metagaming. But it’s all a matter of perspective — the character’s perspective. So in a way, what seems like metagaming is a form of immersion. Acting in and reacting to the world using the data on your character sheet can be just as much an exercise in character exploration and development as it is a way to cut loose and unload your fancy powers on the mean and nasty monster-filled world.

The other side of the discussion looks at resource management from a player’s perspective. Here is where I interpret Titan Gaming’s original question began. As a player, how do you make decisions on resource management in D&D? Holding onto your most powerful abilities and going nova when the big boss fight takes place might be metagaming but again, it’s all a matter of perspective, in this case the player’s.

You can be pretty sure the most powerful creature in the adventure is not at the entrance, and Divine Intervention might be overkill to solve a floor tile puzzle.

On the other hand, as a player you really don’t know for sure what to expect. Being an adventurer isn’t easy, or safe, and what might seem innocuous or like another humdrum quest could turn disastrous at any moment. What if the alpha monster IS at the entrance, a purple worm that collapses the way back if it’s not driven away quickly by powerful spells and abilities! Devious kobolds could rig such a trap as well, and if the swarm of them aren’t stopped quickly by powerful spells and abilities, the party will be sealed inside. And you might be more inclined to implore your deity for help and use your other powerful spells and abilities with those floor tiles when they begin falling away into a sphere of annihilation below.

In all of those extreme cases, the similarity is from a player perspective, a character’s life is in constant peril. Faced with life and death decision making every 6 seconds, would you really do the bare minimum? In a recent episode of Critical Role, the Mighty Nein encountered a few fiendish creatures near the entrance of a structure they aimed to clear out. Caleb, the wizard played by Liam O’Brien, led with a wall of fire — one of the highest levels of spell he could cast. Was it the “optimal time” Titan Gaming asked about? Probably not, from a resource management perspective.

The responses on the Twitter thread offer some compelling reasons for deciding when to use high level spells, and any of them could apply to resource management of any character features. I was happy to note that even the perspectives leaning towards metagaming included some measure of narrative perspective, too. Here’s a quick breakdown of what people had to say about when to use those powerful spells and abilities:

But what I’m interested in is, how to you decide whether to cast your highest level spells or handle resource management on your D&D character’s limited features? Is it all about metagaming and trying to guess how far along you are in the adventure, where the big bad boss monsters is, and if you’ll have a chance to rest before the encounter? Do you react from your character’s perspective, using their best abilities to stay alive against a constant threat of death? Are your most impressive powers brought to bear right away to build momentum for the encounters still to come? Let me know in the comments below and as always, stay nerdy.